Rockets, Americans to do battle in first round of 2018 WHL Playoffs 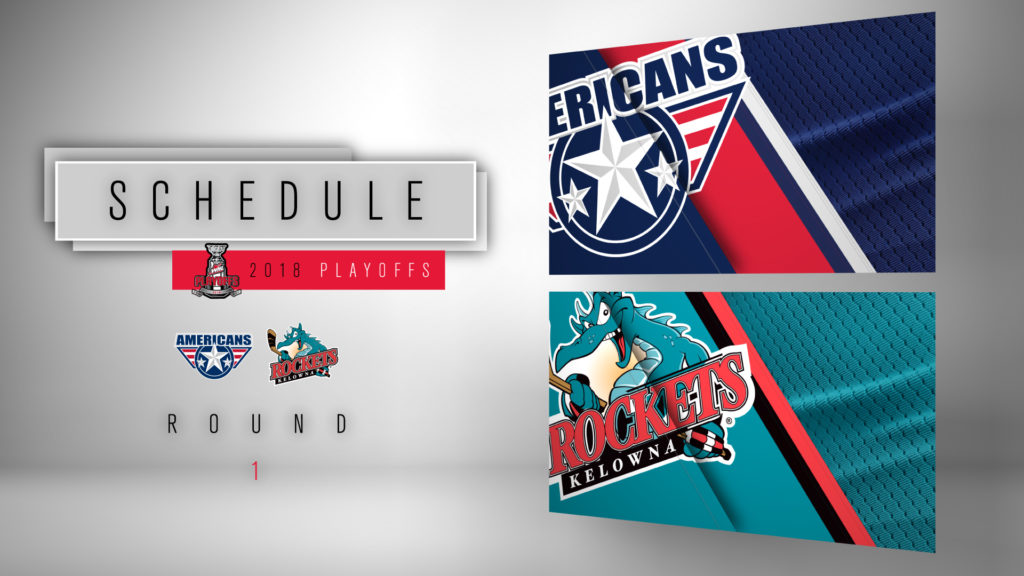 With another B.C. Division banner to hang from the rafters, the Kelowna Rockets will look south of the border in the first round of the 2018 WHL Playoffs as they face the Tri-City Americans.

Following a 4-3 defeat at the hands of the Spokane Chiefs, the Americans were confirmed as the first wild-card seed in the WHL’s Western Conference, setting up for a first round tilt with the Rockets – the B.C. Division Champions.

Meanwhile, the Americans sit 37-25-8-1 (83 points) heading into the final day of the 2017-18 WHL Regular Season, with one more game to play on Sunday against the Seattle Thunderbirds. Pace by Detroit Red Wings prospect Michael Rasmussen (31-28–59) and WHL Trade Deadline acquisition Jake Bean (11-35–46), the Ams will look to pull off the upset against a perennial WHL contender.

Game 1 between the Americans and Rockets will serve as the opening to the 2018 WHL Playoffs, with puck drop set for Thursday, March 22 (7:05 p.m. PT) from Prospera Place in Kelowna.