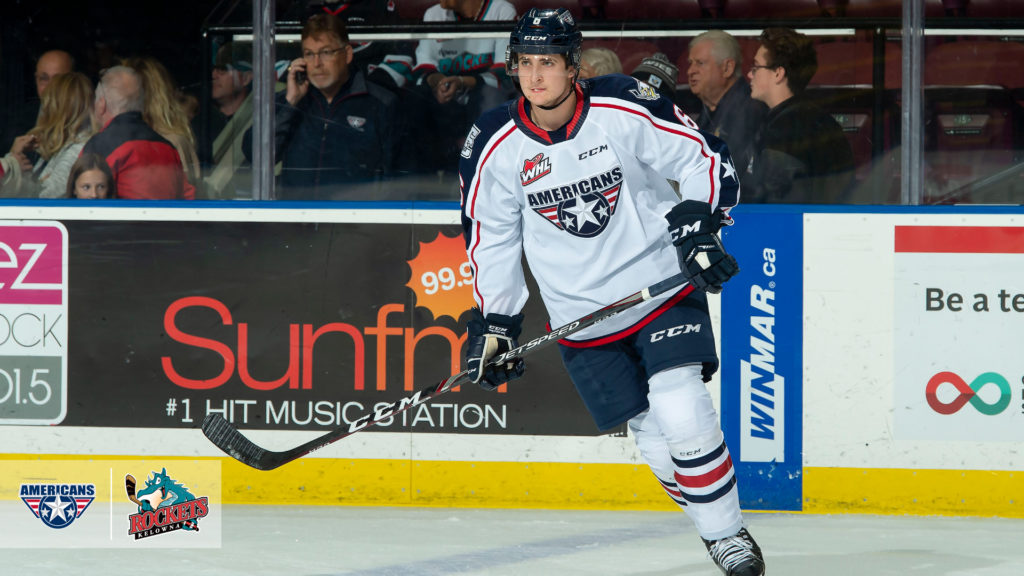 For the second time in as many days, the Kelowna Rockets and Tri-City Americans have come together on a deal.

This time, the Rockets have acquired 17-year-old defenceman Jarod Newell from the Americans in exchange for a sixth-round selection in the 2022 Western Hockey League Bantam Draft.

Newell was originally selected by the Americans in the fourth round, 82nd overall, of the 2017 WHL Bantam Draft. The 6-foot-2, 211-pound product of Wainwright, Alta. has appeared in 45 WHL regular season games, posting two points (1G-1A). Newell’s first-ever WHL goal stood up as the game-winning goal against the Spokane Chiefs on December 31, 2018.

He has also appeared in one WHL playoff game with the Americans during 2019.

The rear guard has spent the majority of the season with the Camrose Kodiaks of the Alberta Junior Hockey League (AJHL), recording five assists in 18 games.

In the Rockets’ release, they noted that Newell would remain with the Kodiaks as an affiliate player. 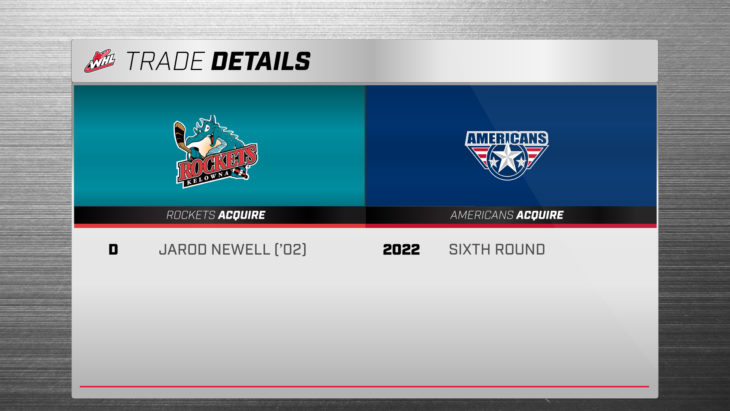 The Americans have traded Jarod Newell to the Kelowna Rockets.

The Rockets have acquired defenceman Jarod Newell from the Tri-City Americans in exchange for a draft pick.

He's currently playing with the Camrose Kodiaks of the AJHL. He'll remain with them as an affiliate player for the Rockets.