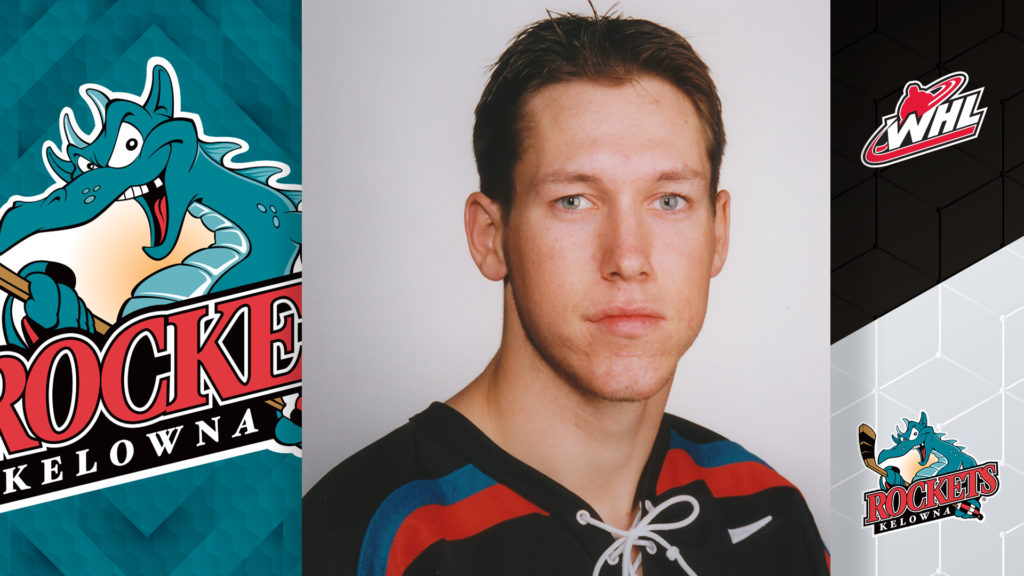 “We’re excited to have Quintin join our club and our coaching staff,” said Hamilton.

“He brings many years of experience as a professional player and also as a coach with Kelowna Minor Hockey. It’s just great to have another former Rocket back in the fold here to help out with Kris Mallette’s coaching staff.

“I’m looking forward to watching Quintin progress as a young coach here in the future years.”

Laing, 42, has spent the past several seasons coaching and working with Kelowna Minor Hockey Association. In addition to his Rockets duties, he’ll continue working with KMHA.

“I am thrilled and grateful for the opportunity that Bruce Hamilton and Kris Mallette have given me,” said Laing.

“Words can’t express how excited I am to be back in the same building, where I played over 20 years ago for four seasons.

“I am looking forward to learning from Kris and Josh and being able to assist them with the growth of these players. I believe my playing experience as a winger and centre will be a valuable asset to the team. I have played at every level, from the minors to the NHL, and I have learnt so much from exceptional coaches over 15 years. I can’t wait to share my knowledge from playing pro with these young players.

“I plan on bringing the same work ethic and passion to coaching that I did when I was playing. I can’t wait to get started with this great coaching staff and talented group of hockey players.”

He joined the Rockets as an undrafted player, suiting up in 260 regular-season games with Kelowna over four seasons as a dependable forward, beginning in 1996-97 and ending in 1999-00.

“Our staff is excited to have a person like Quintin join us,” said head coach Kris Mallette.

“His work ethic and knowledge as a player will benefit our forwards immensely. You won’t find a more loyal and trustworthy person who will complement our current coaches very well. As Head Coach with Kelowna Minor Hockey, everything he is able to learn with us will also help their coaches within their system to develop local players.”

Laing was drafted by the Detroit Red Wings in the fourth round, 102nd overall, in the 1997 NHL Entry Draft. He made his NHL debut with the Chicago Blackhawks, playing three games during the 2003-04 season.

He split 14 seasons between the NHL, ECHL, Europe and the AHL. He helped lead the AHL’s Hershey Bears to capture the 2009 Calder Cup. He also served as captain of the Abbotsford Heat between 2010 and 2012.