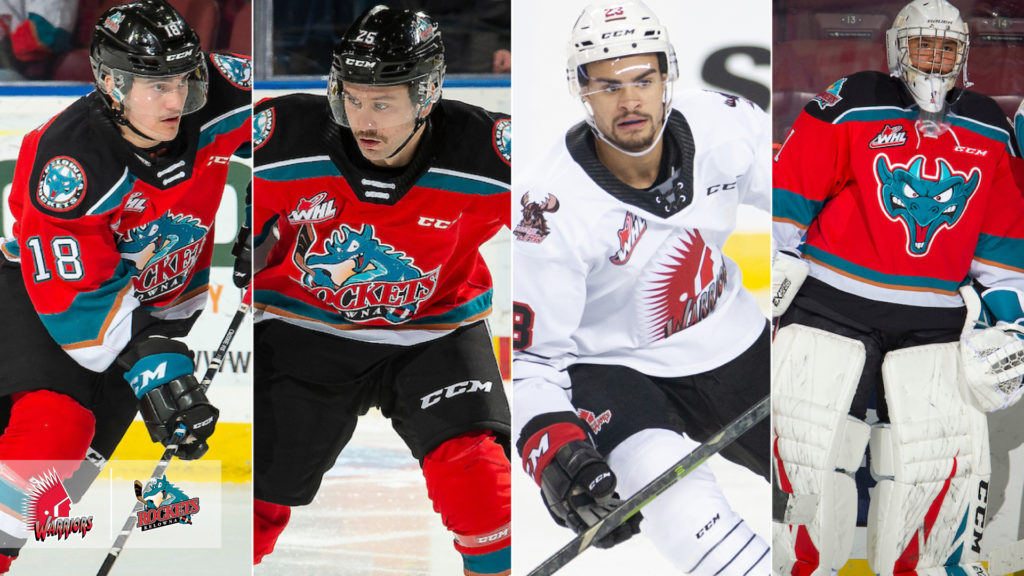 The Kelowna Rockets made another significant addition to their lineup Sunday as they gear up to host the 2020 Memorial Cup presented by Kia.

“We needed to get a right shot centreman that can consistently win faceoffs,” said Kelowna Rockets General Manager Bruce Hamilton. “Kobe was a big part of this deal, they really wanted him back in the trade. James wanted to get back into the league and Crosbie wanted a chance to play more minutes.”

Joseph brings size and skill to the Rockets’ lineup. The 6-foot-1, 172-pound product of Sherwood Park, Alta. was originally chosen by the Lethbridge Hurricanes in the fifth round, 98th overall, of the 2014 WHL Bantam Draft. Through 21 games with the Warriors this season, Joseph has 13 points (7G-6A), including two power-play goals and one game-winning goal.

Joseph also brings 58 games of WHL playoff experience to the Rockets with 27 points (12G-15A) in that span. That figure includes five power-play goals, two short-handed goals, and one game-winning goal.

Heading the other way in the deal are the pair of forwards in Mohr and Crosbie as well as the goaltender Porter and WHL Bantam Draft pick.

The 5-foot-10, 170-pound Mohr is a product of Lloydminster, Alta. and was selected 20th overall by the Edmonton Oil Kings in the 2014 WHL Bantam Draft. Mohr had four points (1G-3A) in nine games with the Rockets this season, including one power-play goal. He also appeared in six games with the Kamloops Blazers earlier this season, posting three points (1G-2A).

“Kobe is a veteran player who brings leadership, experience, and a solid, complete game to our team,” said Warriors General Manager Alan Millar.

Also joining the Warriors’ forward group is Crosbie, a 5-foot-8, 163-pound product of Didsbury, Alta. Selected by the Rockets in the eighth round, 174th overall, at the 2016 WHL Bantam Draft, Crosbie has appeared in 77 WHL regular season games, posting 14 points (8G-6A), including one power-play goal and one short-handed goal.

The Warriors also acquired the 5-foot-10, 171-pound Porter in the deal to strengthen their crease. The Bonners Ferry, Idaho product was chosen in the seventh round, 153rd overall, of the 2015 WHL Bantam Draft by Kelowna. Porter burst onto the WHL scene in the 2017-18 WHL Regular Season, recording 22 wins as a rookie.

In 73 games for his WHL career, Porter has compiled a 30-22-7-2 record, 3.29 goals-against average, 0.897 save percentage, and four shutouts. He’s also appeared in four WHL playoff games with the Rockets.

“This deal keeps our hockey club competitive this season while also benefiting our team in the future,” Millar said. “The additions of Mohr and Crosbie gives us added depth up front and Porter solidifies our goaltending.

“The deal gives us important experience, a good young player, and an important future third round draft pick.” 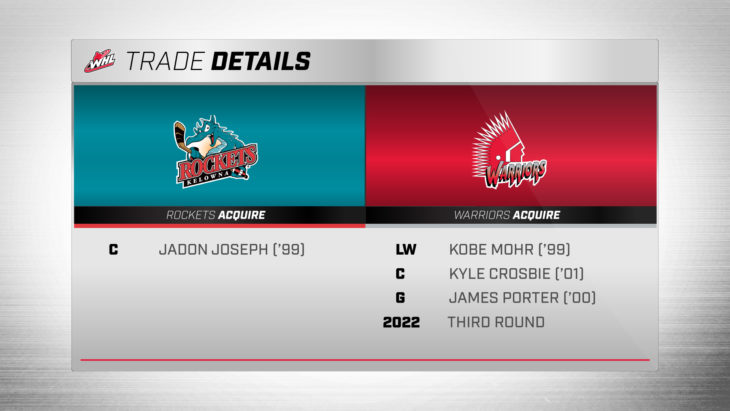 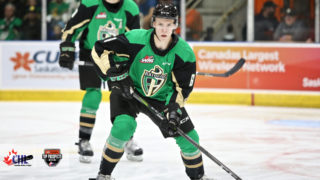 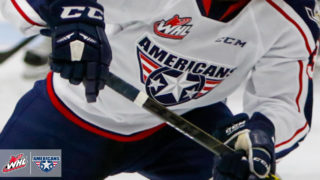 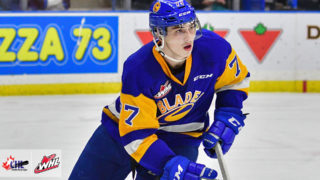 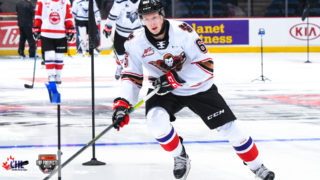