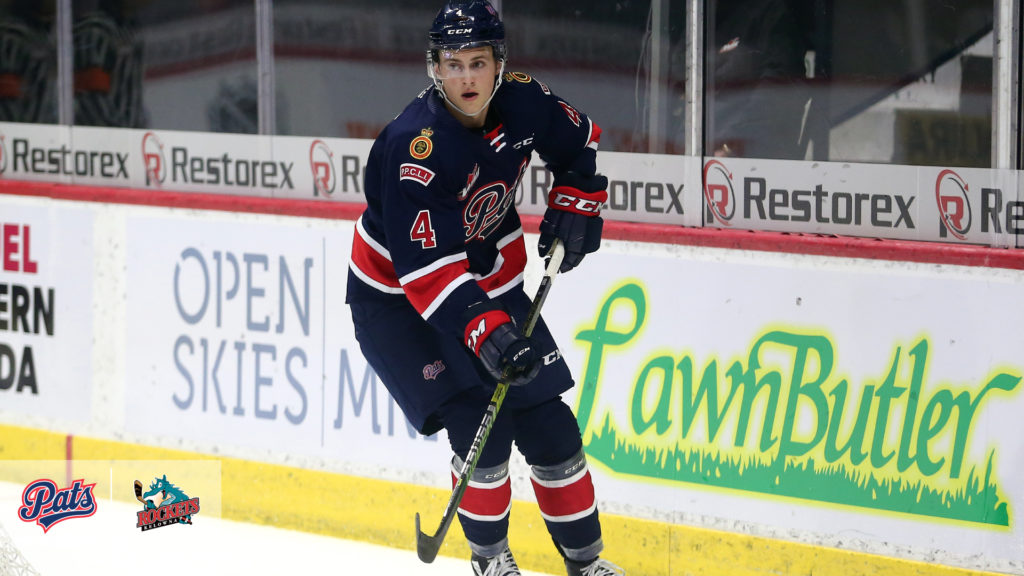 Defenceman Tyson Feist is now a member of the Kelowna Rockets following a Wednesday night trade with the Regina Pats.

In return, the Pats have acquired a fourth-round selection in the 2020 Western Hockey League Bantam Draft.

“We wish Tyson all the best in Kelowna,” said Pats Vice President of Hockey Operations and General Manager John Paddock. “He is a great person and we look forward to watching him compete for the Memorial Cup in May.”

A 6-foot-2, 181-pound product of Dawson Creek, B.C., Feist has tallied eight assists in 32 games with the Pats during the 2019-20 WHL Regular Season. Originally listed by the Spokane Chiefs in 2017, the 18-year-old Feist has appeared in 86 WHL regular season games, posting 16 assists.

“We’re just following up to what we’ve been saying all along, we need to acquire another defenceman,” said Rockets General Manager Bruce Hamilton. “I think that the acquisition of Tyson will help us, he plays with a bite and brings a physical presence.

“We needed another guy with the injury to Comrie and our 16-year-olds are getting into positions that won’t be good for them in the second half of the year.”

The Rockets return to action on Friday, January 10 (7:00 p.m. PT) against the Kamloops Blazers at the Sandman Centre. 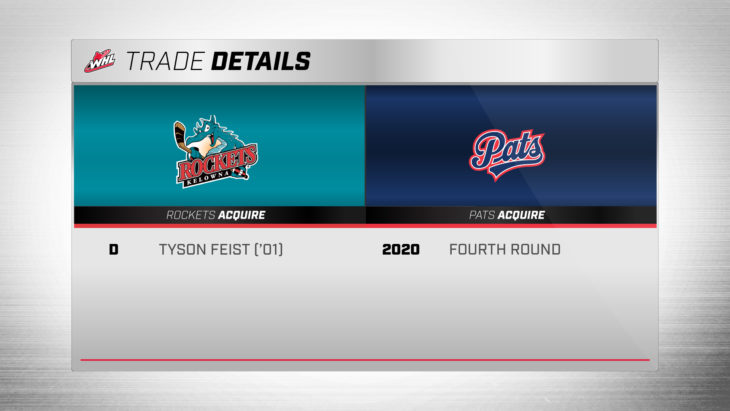 The Rockets have acquired defenceman Tyson Feist from the Regina Pats in exchange for a draft pick.