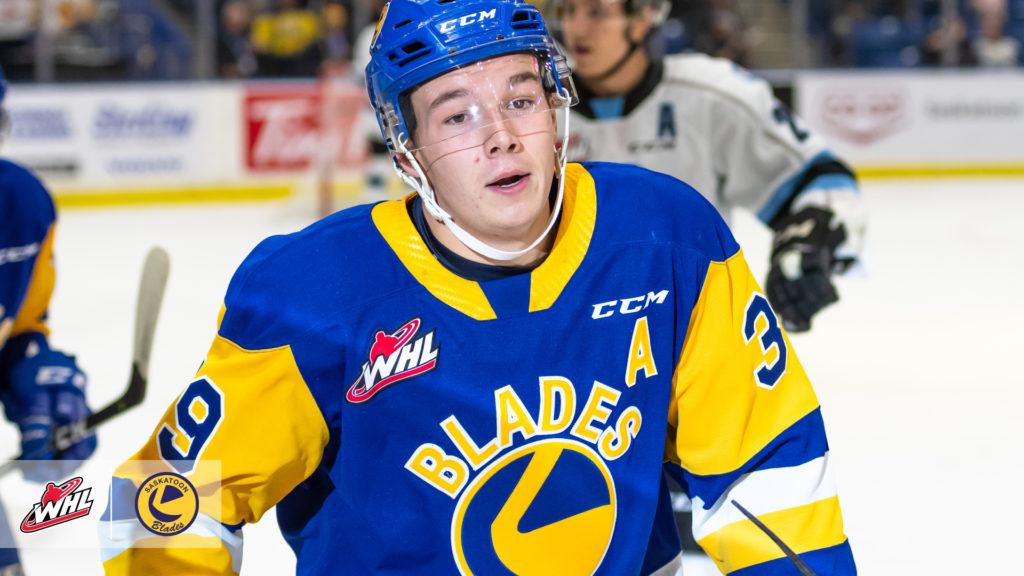 Saskatoon Blades forward Riley McKay has signed a one-year American Hockey League contract with the Rockford IceHogs, affiliate of the Chicago Blackhawks, for the 2020-21 season.

McKay made his Western Hockey League debut with the Spokane Chiefs during the 2016-17 WHL Regular Season and scored his first WHL goal against the Blades on October 26, 2016.

For his WHL career, the 21-year-old McKay appeared in 243 WHL regular season games with the Chiefs and Blades, posting 87 points (38G-49A), including five power-play goals and four game-winning goals. During the  2018-19 season, McKay played alongside current Blackhawks forward Kirby Dach.

.@TwoMenAndATruck On the Move: We added some grit to the 2020-21 roster with the signing of Riley McKay!