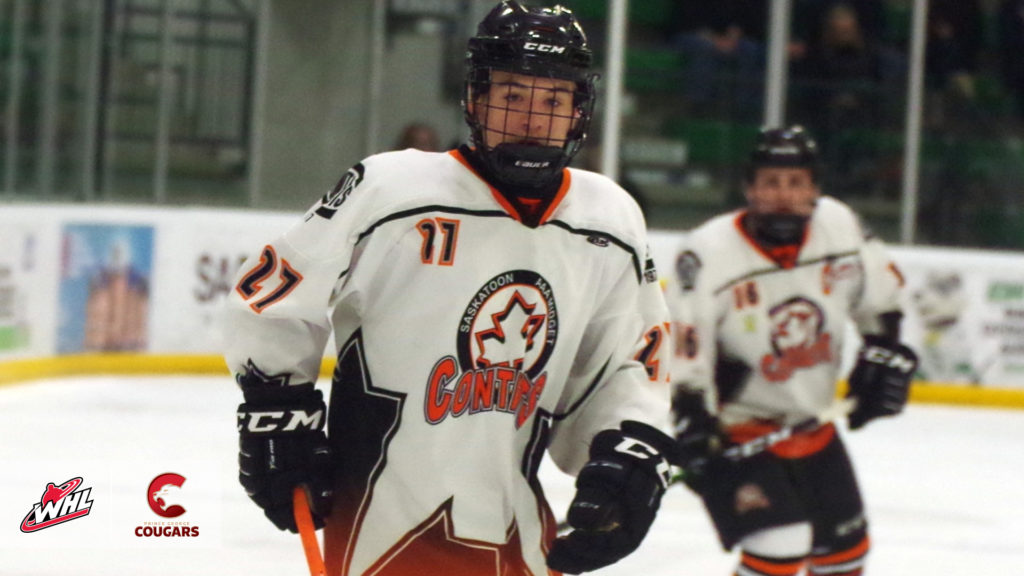 “It’s a very exciting day for our organization. Riley is an elite talent that is going to be a big piece for our team for the next several seasons,” said Cougars’ General Manager & Head Coach, Mark Lamb.

The Saskatoon, Sask. product played with the Saskatoon Contacts in the Saskatchewan Midget AAA Hockey League (SMAAAHL) this past season.

Widely considered one of the top forwards in the 2020 WHL Bantam Draft, Heidt played in 44 games for the Contacts and was fifth in team scoring with 37 points (17G-20A), impressive numbers considering he was playing against competition up to three years older than him. He was granted special status by the Saskatchewan Hockey Association to play at the midget level.

Prior to playing in the SMAAAHL, the 5-foot-8, 150-pound winger spent the previous two years playing for the Martensville Marauders in the Saskatchewan Bantam AA Hockey League (SBAAHL), where he compiled 153 points (58G-95A) in 62 games. He won a SBAAHL championship with the Marauders in 2019.

“I’m very honoured to be drafted by the Cougars and I’m excited about the future.” Heidt said, “I’ve dreamt about playing in the WHL since I was a little kid, and this is the next step in getting closer to that goal. I can’t wait to get started in Prince George.”