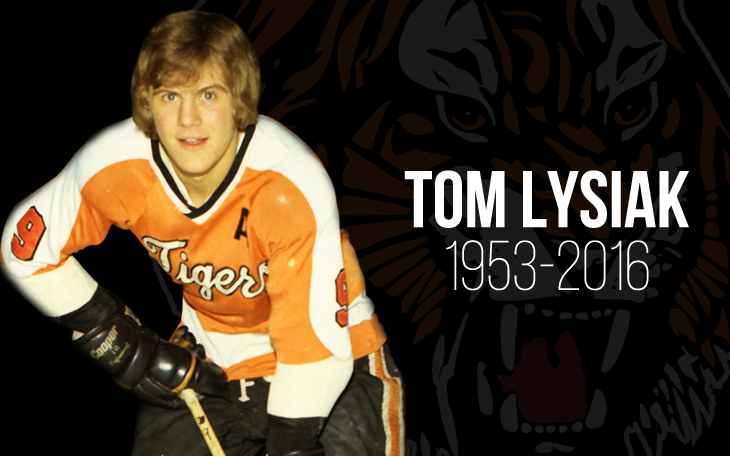 “Tom will be remembered as a good person, as well as a great hockey player. Our sympathies are with all of his family during this difficult time,” said Tigers President/Governor Darrell Maser.

Tom won back to back scoring titles in 1971-72 and 1972-73 recording 297 points in 144 games.  He was the proven leader of the first ever Tigers team to capture a League Championship in 1972-73. The Tigers then went on to represent the West at the Memorial Cup tournament in the old Montreal Forum. He would go on to finish his three year Tiger career with 327 points in 195 games.

“Tom is definitely considered to be, by many people, the greatest Tiger player of all time,” said Maser.

The Atlanta Flames selected Tom 2nd overall in the NHL Entry Draft in 1973. He would split his NHL career between the Flames and Chicago Blackhawks, collecting 843 points in 919 regular season games.