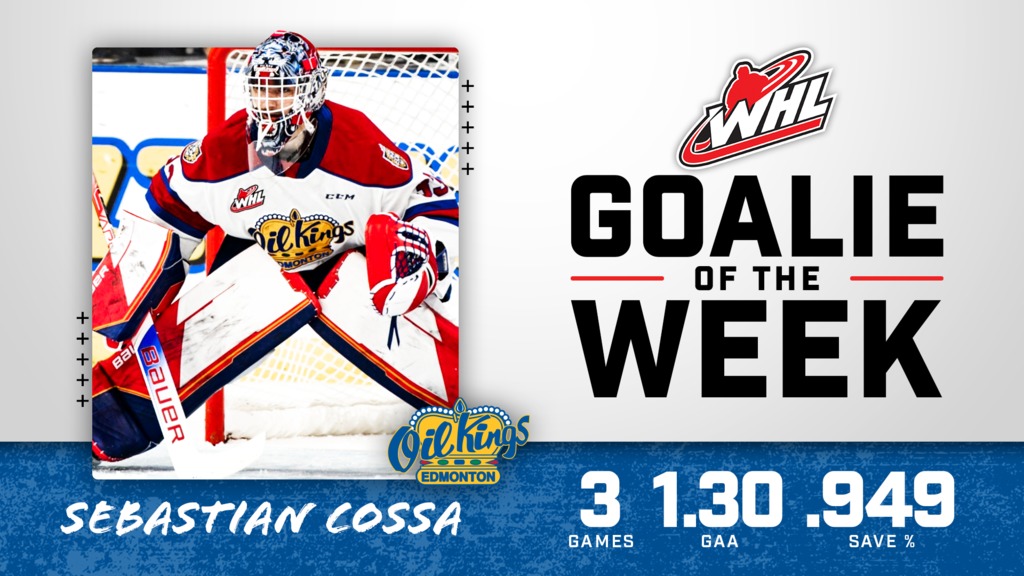 Cossa, a first-round selection (15th overall) by the Detroit Red Wings in the 2021 NHL Draft, posted a 2-0-0-1 record to go along with a 1.30 goals-against average and 0.949 save percentage in three appearances with the Oil Kings this past week.

The product of Fort McMurray, Alta. started his week with a 23-save effort Wednesday, October 6 in Lethbridge, helping the Oil Kings to a 2-1 road victory against the Hurricanes. The 18-year-old earned first star honours in the process.

Cossa recorded an identical 23-save performance two nights later in Swift Current, as Edmonton knocked off the Broncos 2-1. He then turned aside 28 shots in a 3-2 shootout setback Saturday, October 9 against the Medicine Hat Tigers.

Cossa was originally selected by the Oil Kings in the second round (36th overall) of the 2017 WHL Draft. In 57 career WHL regular season games, all with Edmonton, he holds a 41-8-2-3 record, a 1.93 goals-against average, a 0.930 goals-against average and eight shutouts.

The Oil Kings are next in action Friday, October 15, when they open a five-game home stand against the visiting Lethbridge Hurricanes (7:00 p.m. MT, Rogers Place).