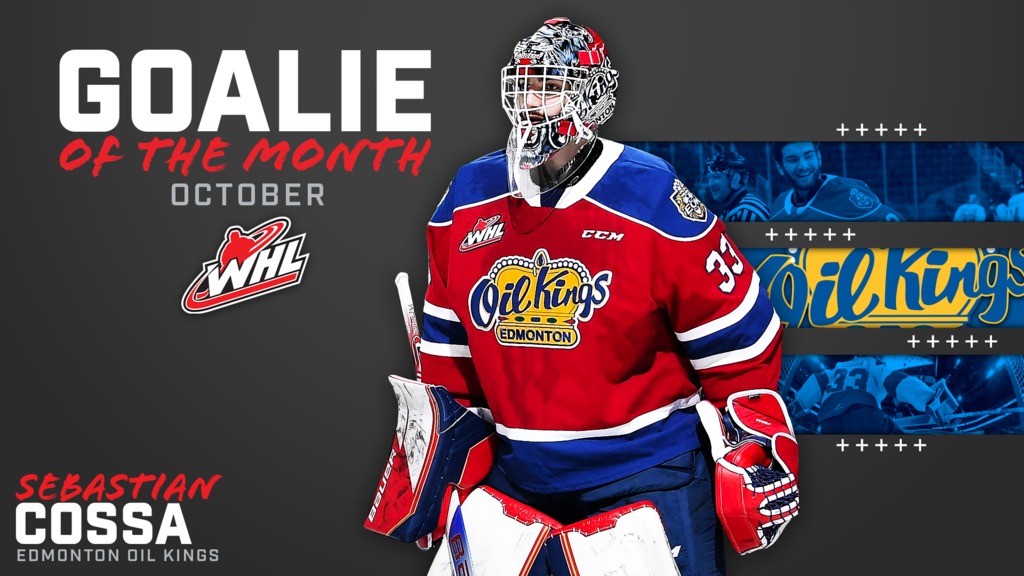 Calgary, Alta. – The Western Hockey League announced today that Edmonton Oil Kings netminder Sebastian Cossa has been named the WHL Goaltender of the Month for the month of October.

The Detroit Red Wings prospect posted a 6-2-1-1 record over 10 appearances in October, compiling a 1.58 goals-against average, a league-best 0.943 save percentage, and one shutout.

Cossa recorded 25 or more saves in six of his 10 outings this past month including a 40-save effort October 30 against the Red Deer Rebels. The product of Fort McMurray, Alta. allowed two or fewer goals in nine of his 10 games played in October.

The 18-year-old registered his ninth career WHL shutout October 15, turning aside 25 shots in a 4-0 home victory versus the Lethbridge Hurricanes.

Cossa was one of two Edmonton Oil Kings players to be selected in the first round of the 2021 NHL Draft, going 15th overall to the Detroit Red Wings.

Cossa and the Oil Kings are next in action Tuesday, November 2 when they play host to the Lethbridge Hurricanes (7:00 p.m. MT, Rogers Place).