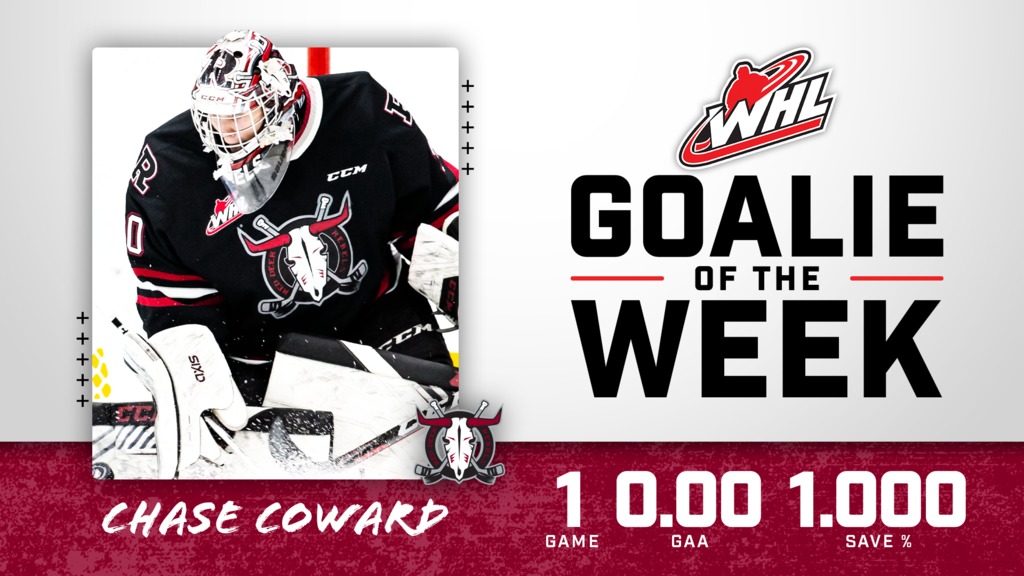 The 18-year-old posted his first career WHL shutout Friday, November 19, turning aside 22 shots in a 2-0 Rebels victory over the Calgary Hitmen.

Coward has won each of his last four starts, surrendering two or fewer goals in 10 of his 13 outings this season.

The 6-foot-2, 164-pound puck-stopper was originally signed to a WHL Standard Player Agreement by Red Deer in September of 2019. In 19 career WHL appearances, all with the Rebels, Coward has compiled a 10-6-1-0 record to go along with a 2.50 goals-against average, .916 save percentage and one shutout.