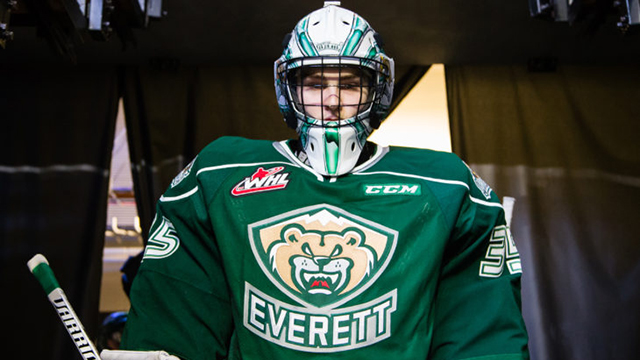 RED DEER, AB – Brent Sutter, General Manager/Head Coach of the Red Deer Rebels Hockey Club, announced today the acquisition of the rights to 19-year old goaltender Lasse Petersen from the Everett Silvertips in exchange for a sixth round pick in the 2017 Western Hockey League Bantam Draft and a conditional sixth round WHL Bantam Draft selection in 2020.

Petersen was with Swan Valley in the Manitoba Junior Hockey League.  He had played one game with the Everett Silvertips earlier this season.  Petersen has played in 26 career WHL games split between Calgary, Spokane and Everett, with a record of 13-7-1.