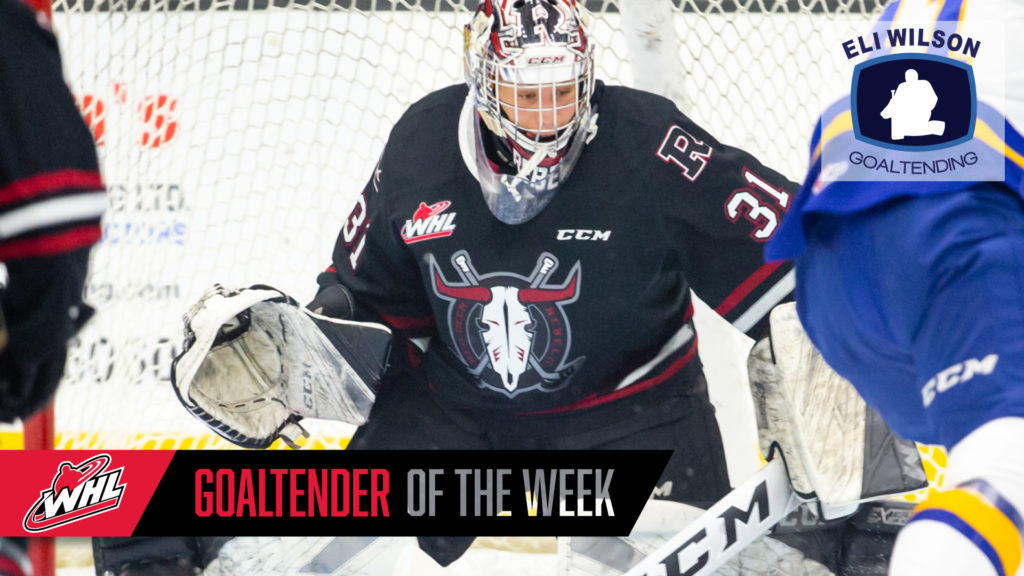 Anders’ week began Friday with a 35-save performance in a 2-1 loss to the Edmonton Oil Kings. Anders made 15 saves in the first, 10 in the second, and 10 more in the third, keeping the Rebels in contention until the dying seconds of regulation. For his efforts, Anders was named the second star of the game.

Saturday, Anders delivered a 41-save shutout in a 3-0 win at home over the Calgary Hitmen for his first clean sheet of the season. Anders made 10 saves in the first, 16 in the second, and 15 in the third for the shutout. He was named the first star of the game, the WHL’s first star of the night, and the CHL Player of the Night for his performance.

The Rebels will begin their B.C. Division road trip on Tuesday, February 11 (7:05 p.m. PT) when they take on the Victoria Royals at the Save-On-Foods Memorial Arena.