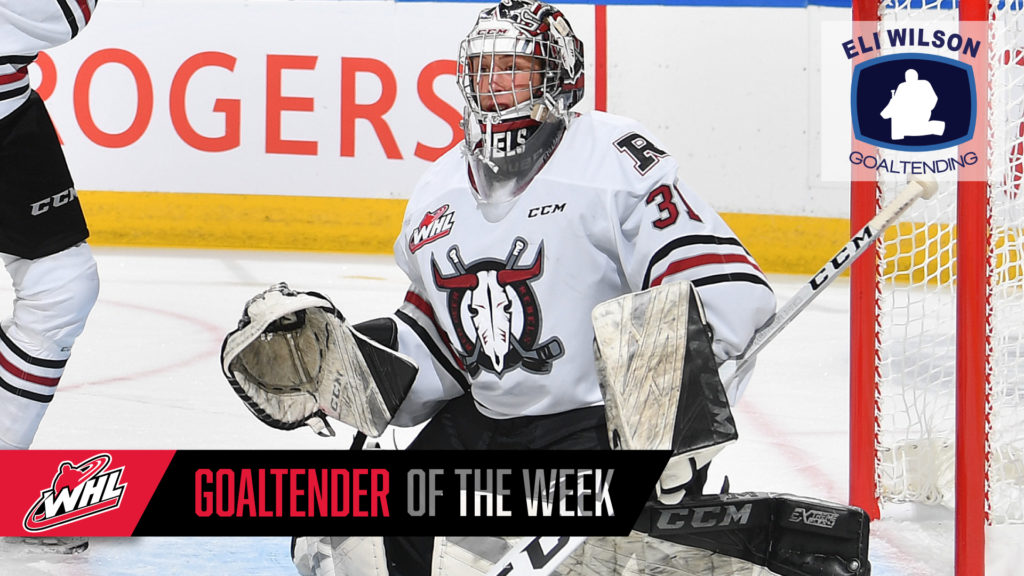 In three games this weekend, Anders posted a 3-0-0-0 record, 1.66 goals-against average, and stopped 100 of 105 shots for a .952 save percentage as the Rebels kept pace in the competitive Central Division.

Anders’ week began Tuesday with a 34-save performance in a 2-1 win against the Saskatoon Blades at home, which earned Anders first-star honours for the night in the WHL.

Heading onto the road, Anders stopped 27 of 28 shots in a 5-1 win against the Swift Current Broncos Friday, earning first-star honours in the game. The 6-foot-1, 171-pound product of Pilot Butte, Sask. closed out his weekend with a 39-save performance in a 4-3 overtime win against the Medicine Hat Tigers, which earned his first-star honours of the game for the second time in as many nights. Again Anders, the three opponents were held off the scoresheet in 13 power-play opportunities.

The Rebels return to home ice Friday, October 11 (7:00 p.m. MT) when they welcome the Portland Winterhawks to Western Park Centrium.