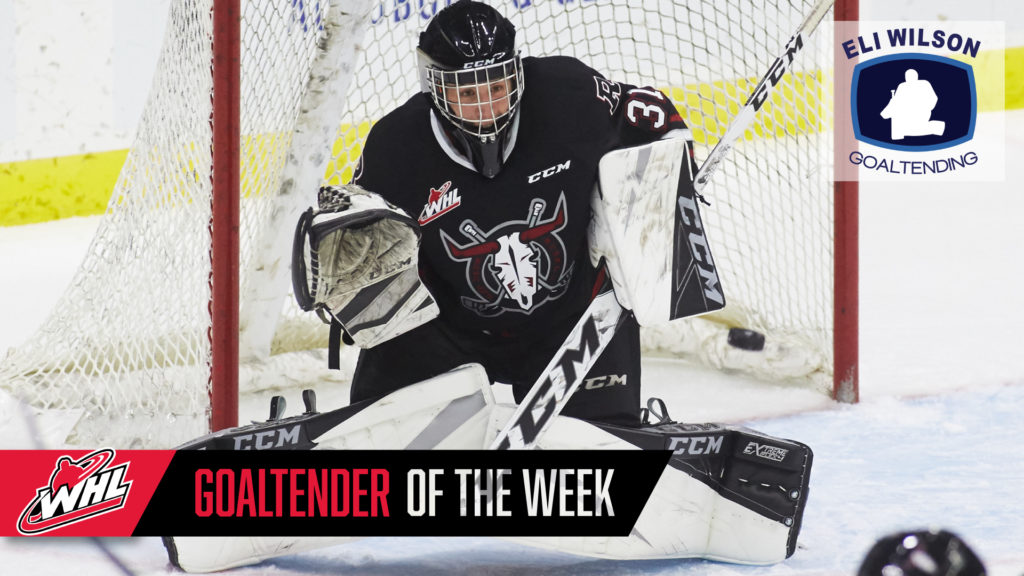 A prospect rated for the 2019 National Hockey League Draft, Anders recorded a 34-save shutout in his lone appearance of the week, sporting a 1-0-0-0 record, 0.00 goals-against-average, and a 1.000 save percentage as a result. His performance kept the Rebels in the top spot in the Central Division.

Anders’ victory came as the Rebels downed the Calgary Hitmen by a 1-0 score Saturday. Anders stopped 12 shots in the first, six in the second, and 16 in the third for the second shutout of his WHL career. Anders was named the first star of the game and the third star of the night in the WHL Saturday due to his efforts.

Originally listed by the Rebels, Anders is an 18-year-old product of Pilot Butte, Sask. In 14 games this season, Anders has maintained a 10-3-1-0 record, 2.85 GAA, 0.922 SV% and one shutout. The 6-foot-1, 171-pound goaltender ranks third in the league in victories and sixth in SV%. Anders also currently sits in a 11-way tie for second place in shutouts.

Anders has been identified by NHL Central Scouting as a Player to Watch for the 2019 NHL Draft, ranking him as a ‘C’ prospect and one of six WHL goaltenders on their preliminary list.

The Rebels are back in action Friday, November 9 (7:30 p.m. CST), heading east to take on the Red Deer Rebels.