Rebels and Royals swap players and picks in pre-season move 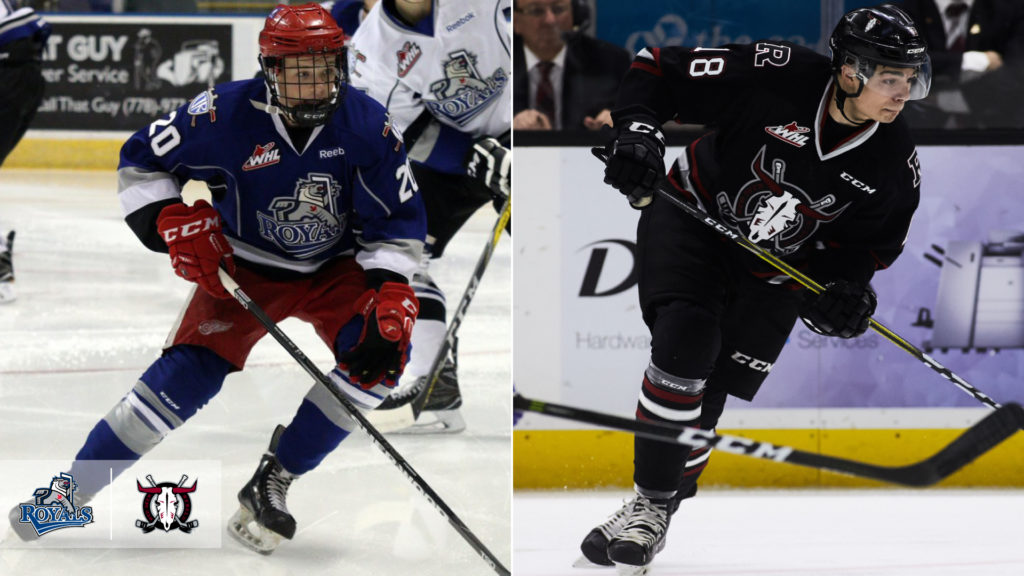 Also headed to the Royals in the deal is a second round selection in the 2019 Western Hockey League Bantam Draft.

In return, the Rebels received unsigned 16-year-old prospect Dallon Melin and a fifth-round selection in the 2019 WHL Bantam Draft.

Cutler is a solid depth add to the Royals’ forward group. The 6-foot-0, 165-pound product of Spruce Grove, Alta. was originally selected in the ninth round, 192nd overall, by the Rebels in the 2015 WHL Bantam Draft. In 106 games with the Rebels over the past two seasons, Cutler had tallied 14 points (7G-7A) and 97 penalty minutes with one game-winning goal.

Headed to the Rebels is Melin, a product of nearby Camrose, Alta. The 6-foot-3, 170-pound forward was selected in the second round, 32nd overall, of the 2017 WHL Bantam Draft. Playing last season with the Sherwood Park Kings Midget AAA, Melin had 20 points (6G-14A) in 27 games. He also appeared in three games with the Camrose Kodiaks of the Alberta Junior Hockey League, recording one assist.

TRADE: We have acquired F @BrandonCutlerr & a 2nd round pick from the @Rebelshockey for unsigned prospect F @dallon_melin & a 5th round pick.