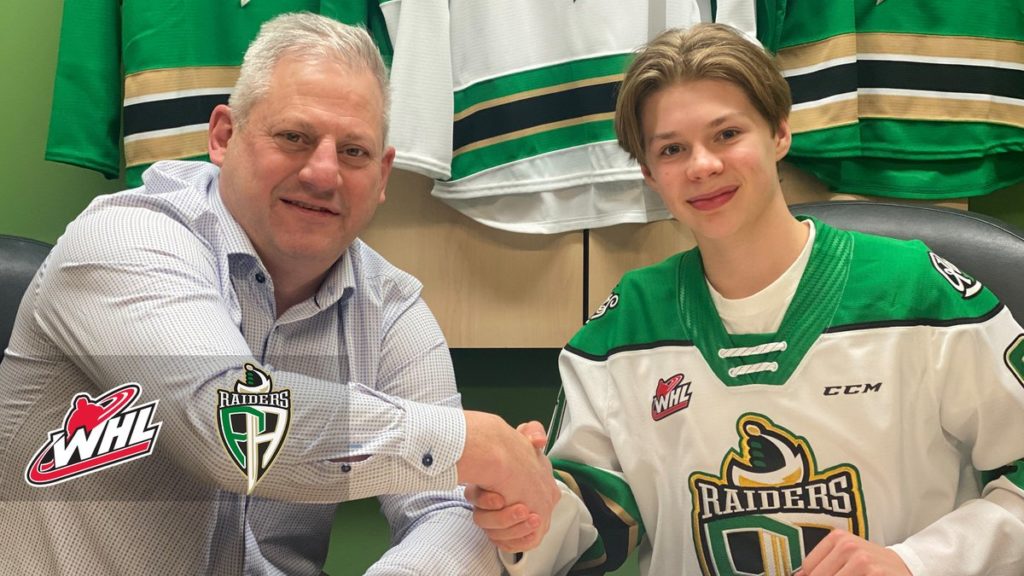 Ritchie, a product of Kelowna, B.C., was selected 14th overall in the 2021 WHL Prospects Draft held earlier in December.

“We are excited to add Ryder to our group,” said Raiders Director of Player Personnel Bruno Zarrillo. “He has an elite skill set and elite hockey intelligence. Ryder lives to play hockey.”

Listed at 5’9 and 145 lbs, Ritchie has a pair of goals and five assists in six games played this season with Rink Hockey Academy Kelowna’s U18 Prep team. He totalled 10 goals and 18 assists in five games last year with RHA Kelowna’s U15 Prep team as part of a regional series.

The Raiders head to Saskatoon tonight to close out the 2021 portion of their schedule against the Blades. Game time is 7 p.m. Catch the game on WHL Live on CHL TV, or head to The Rock & Iron Club House or Original Joe’s.

The next Raiders’ home game is on Sunday evening when the Edmonton Oil Kings visit the Art Hauser Centre. Puck drop is 6 p.m. Tickets are available at the Raiders Office during working hours and at SaskTix.ca any time.

NEWS: The Raiders have signed Ryder Ritchie, the 14th overall selection in the 2021 WHL Prospects Draft, to a WHL Standard Player Agreement!