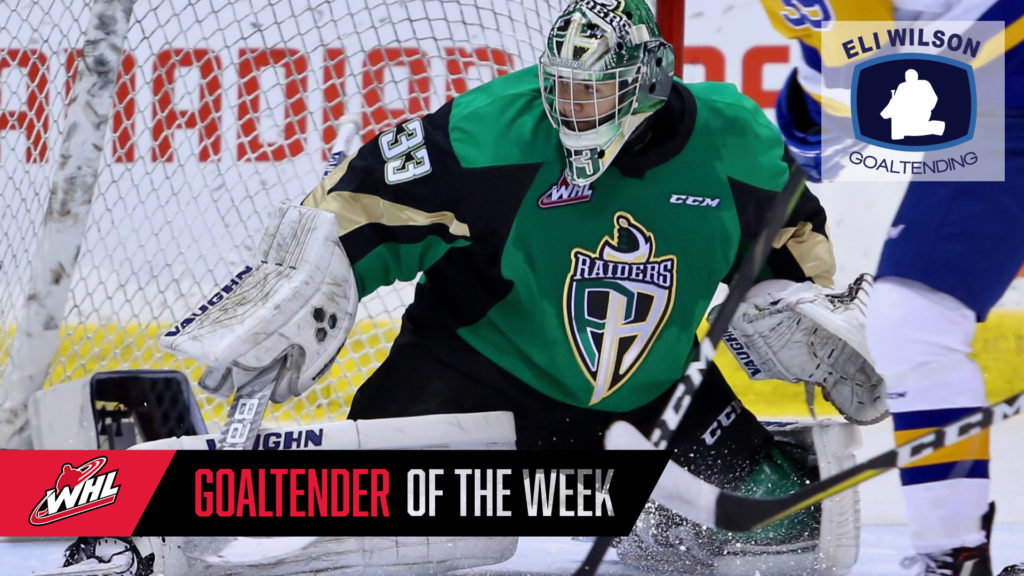 Scott, who was selected in the fourth round, 110th overall, by the Toronto Maple Leafs at the 2017 NHL Draft, posted a pair of wins while also maintaining a 2.00 goals-against-average, and stopping 63 of 67 shots for a 0.940 save percentage as the Raiders moved to 5-0-0-0 on the season.

Friday at home against the Medicine Hat Tigers, Scott stopped 35 of 38 shots in a 5-3 win for the Raiders. Scott stopped all 20 shots through the first 40 minutes, adding 15 more saves in the third period. In Sunday’s 4-1 win against the Saskatoon Blades, Scott once again denied his opponents through 40 minutes, stopping the first 18 shots. In the final 20, he made 10 saves for a final total of 28 saves on 29 shots in the contest.

Scott and the Raiders are set to begin a four-game road trip through Alberta this week, beginning with a date against the Tigers in Medicine Hat, Alta. on Wednesday, October 3 (7:00 p.m. MT).