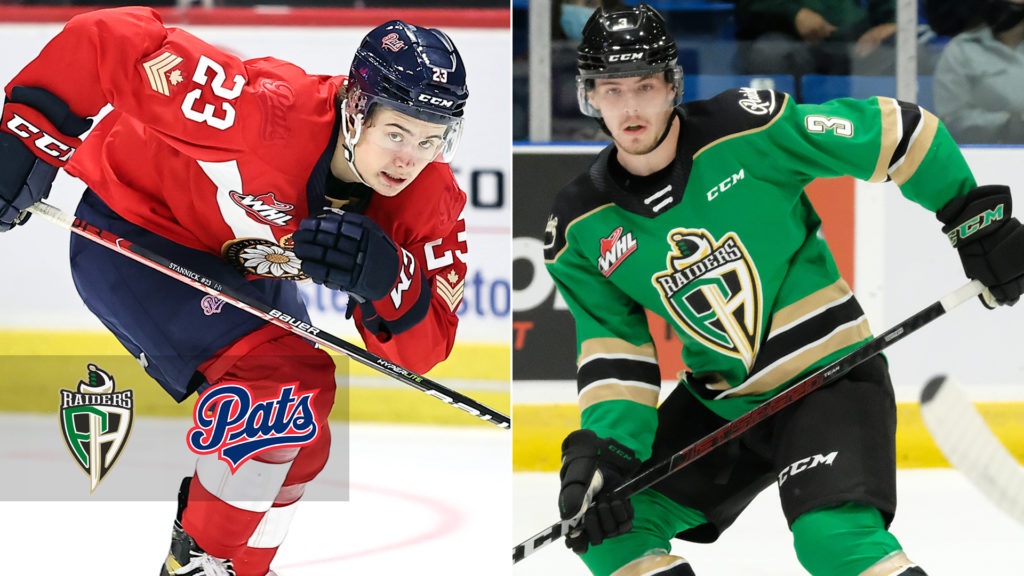 Stanick brings some offensive punch to the Prince Albert lineup. The product of Rapid City, Man. has put up four points (2G-2A) in five outings with the Pats this season.

“Sloan is a versatile player that we believe can play anywhere in the top six of our lineup and play in all situations,” said Prince Albert Raiders General Manager Curtis Hunt.

McNutt meanwhile, made four appearances with the Raiders to begin the 2021-22 WHL campaign, registering two penalty minutes and four shots on goal.

“We are getting a right-shot defenceman who plays a physical game,” said Regina Pats GM and VP of Hockey Operations John Paddock. “We look forward to him joining our organization.”

McNutt, who hails from Saskatoon, Sask., was selected by Prince Albert in the fourth round of the 2018 WHL Draft. The 6-foot-0, 200-pound blueliner has recorded three points (1G-2A) in 26 WHL games.

NEWS: The Raiders have acquired 2003-born forward Sloan Stanick from the Regina Pats.

📲Get the details on the CHL App, or online here: https://t.co/c8Bal4quNM

NEWS: The Pats have acquired defenceman Adam McNutt from @PARaidersHockey in exchange for forward Sloan Stanick.