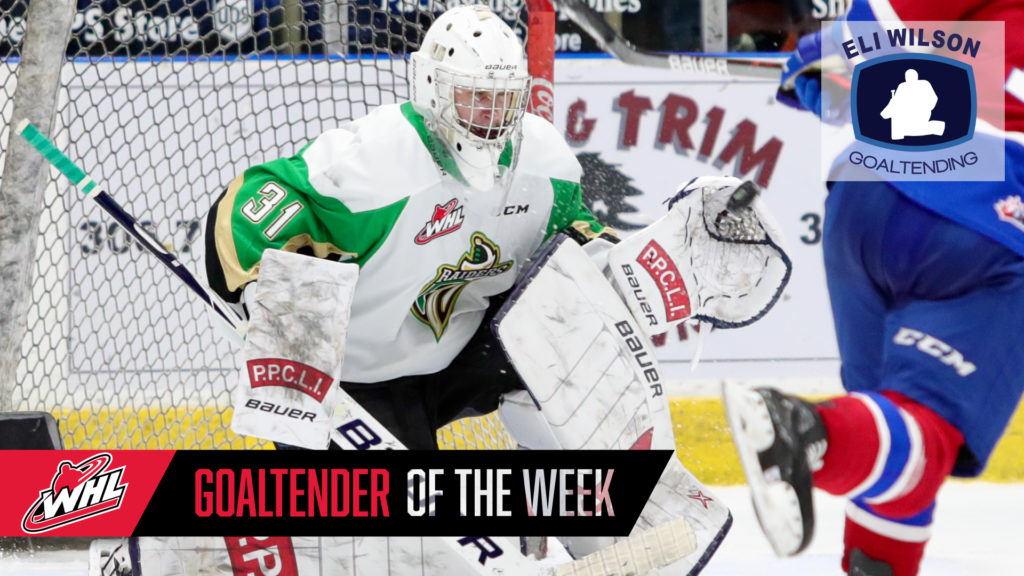 In two games, Paddock recorded a pair of wins while maintaining a 0.50 goals-against average, stopping 35 of 36 shots for a 0.972 save percentage, and recording a shutout. With a 7-0-1-3 record in their past 11 games, the Raiders have returned to the top spot in the WHL’s East Division, opening up a four-point lead on the Winnipeg ICE.

Paddock’s week began Wednesday with a 17-save shutout against the Victoria Royals in a 3-0 win at the Art Hauser Centre. Paddock made four saves in each of the first and second periods followed by nine saves in the third. He was named the third star of the game and the second star of the night in the WHL for his performance.

Friday Paddock made 18 saves in a 4-1 win against the Lethbridge Hurricanes in northern Saskatchewan. He made six saves in the first, eight in the second, and four in the third to earn the victory.

Beginning their final road trip through Alberta for the remainder of the 2019-20 WHL Regular Season, the Raiders will battle the Medicine Hat Tigers at the Canalta Centre on Wednesday, February 5 (7 p.m. MT).