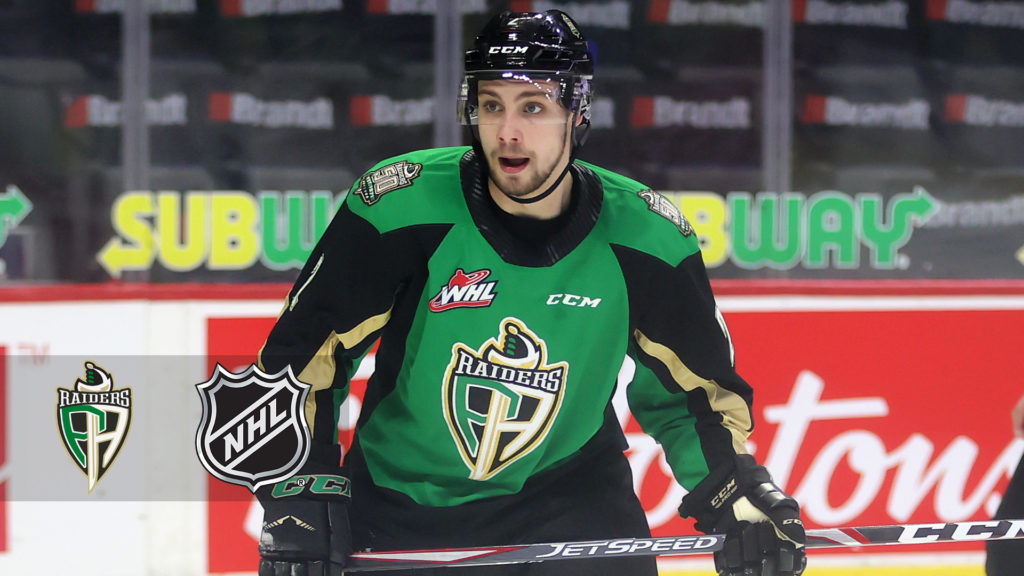 After being selected in the first round of the 2021 NHL Draft, Prince Albert Raiders defenceman Nolan Allan has signed a three-year, entry-level contract with the Chicago Blackhawks.

Allan, who hails from Davidson, Sask., was selected 32nd overall at the 2021 NHL Draft in July.

The 18-year-old played in 16 regular season games for Prince Albert during the 2020-21 season, registering two points (1G-1A). He enjoyed success on the international stage last season as well, winning a gold medal with Canada at the 2021 IIHF U18 World Championship in Frisco and Plano, Texas.

Over the course of his WHL career, Allan has amassed 11 points (3G-8A) and a plus-13 rating over 81 regular season appearances, all with the Raiders. He was originally selected third overall by Prince Albert in the 2018 WHL Draft.