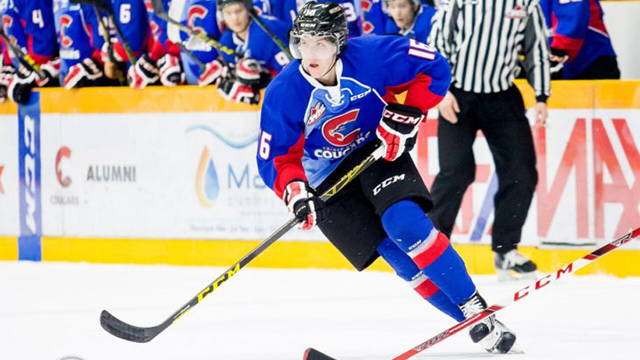 The Raiders acquired centre Adam Kadlec, a product of Edina, Minn., from the Cougars in exchange for winger Josh Maser, a native of Houston, B.C., and a sixth round pick in the 2017 WHL Bantam Draft.

Maser checks in at 6-foot-2 and 215 pounds. He was a fourth round selection (74th overall) of the Prince Albert Raiders in the 2014 WHL Bantam Draft and appeared in one game with the Raiders during the 2015-16 season. That same season, he suited up in 32 games for the Cariboo Cougars (BCMML) and scored 20 goals and added 17 assists for 37 points and 52 penalty minutes. In seven playoff games he contributed an additional three goals and three assists. He’s currently with the Kamloops Storm of the KIJHL and has already potted three goals and two assists in two games.

Kadlec is a dual citizen, holding both Canadian and American citizenship.