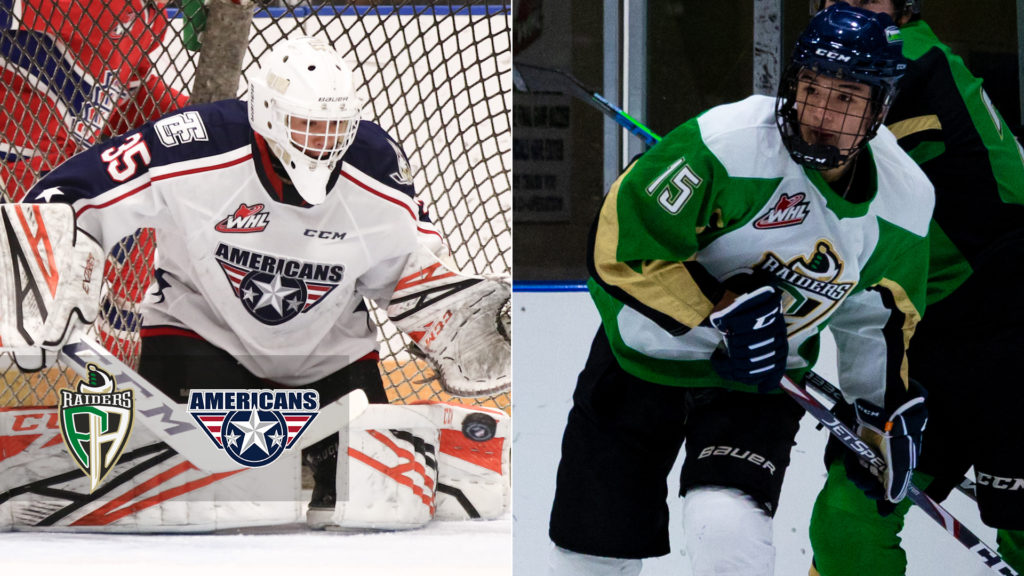 16-year-old Kedrov, who hails from Calgary, Alta., was selected by the Raiders in the sixth round of the 2020 WHL Prospects Draft. He had a goal and three assists in three games for the CBHA Blackhawks of the Alberta Elite Hockey League’s U16 division during the 2020-21 season.

“Ivan is a hard-working power forward with good offensive instincts,” said Americans general manager Bob Tory. “He is a player we had interest in during his draft season. He adds depth to our younger forward group.”

The Raiders have acquired 2004-born goaltender Ronin Geraghty from the Tri-City Americans.

📲Get the details on the CHL App, or online here: https://t.co/Cd2AvCoYbJ