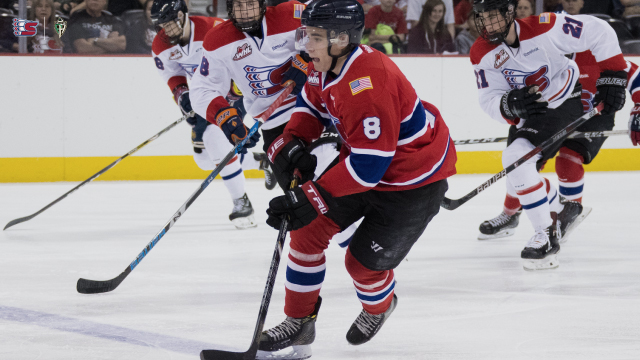 The Prince Albert Raiders have acquired winger Brock Sottile from the Spokane Chiefs in exchange for a conditional draft pick.

Sottile, a 1999-born forward listed at 5’11 and 180 lbs from Calgary, AB, played in the Alberta Junior Hockey League last season for his hometown Mustangs. In 34 games, he had four goals and five assists.

In five pre-season games with the Chiefs this year, Sottile had no points and 17 penalty minutes.

“With the regular season approaching, we had to make some tough decisions to get our forward group down to an appropriate number,” said Chiefs’ General Manager Scott Carter. “We’d like to thank Brock for his time in Spokane and wish him the best in Prince Albert.”