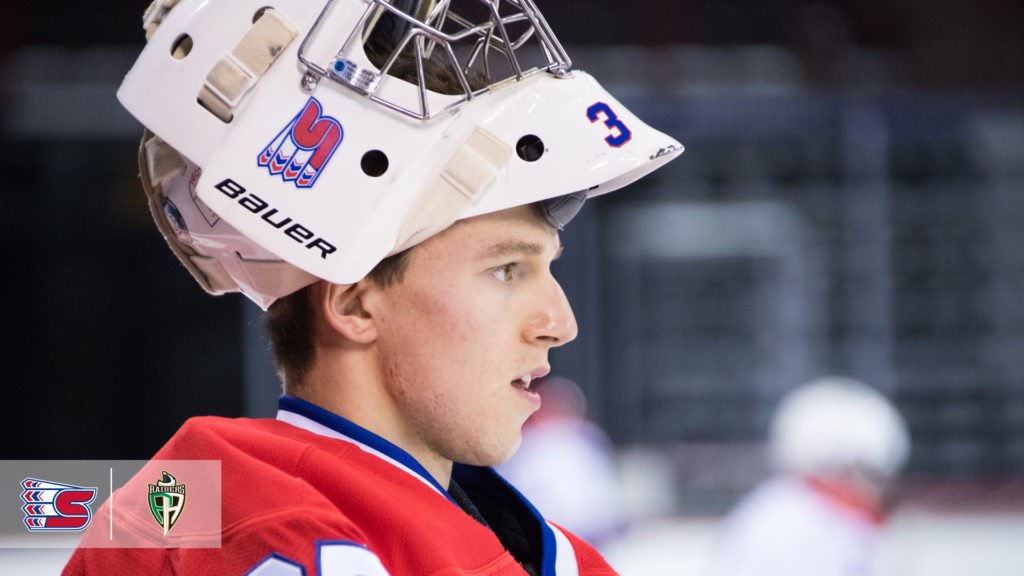 The Spokane Chiefs and Prince Albert Raiders have completed a deal in the morning of the official start of preseason for both clubs. The trade saw Chiefs goaltender Donovan Buskey sent to the Raiders in exchange for a sixth round selection in the 2020 Western Hockey League Bantam Draft.

“Donovan has been an outstanding representative for our organization,” said Chiefs’ general manager Scott Carter. “We had a decision to make with our goalie depth which led to this trade. Donovan will a have good opportunity to compete for minutes in Prince Albert and we wish him nothing but the best moving forward.”

“Adding Donovan improves our depth at an important position with a player that has experience in the league,” said Raiders general manager Curtis Hunt. “With four exhibition games remaining and Ian Scott leaving for Toronto’s camp, this intensifies competition at that position.”

Prior to last season, Buskey suited up for the Vancouver NW Giants of the BC Hockey Major Midget League. He also backstopped Team British Columbia to a bronze medal at the 2015 WHL Cup.

Buskey will be in Prince Albert for their next pre-season game against the Saskatoon Blades on Sebtember 6, 2018.

TRADE: The Raiders have acquired 2000-born goaltender Donovan Buskey from the @spokanechiefs.

TRADE 🔁 | G Donovan Buskey has been traded to @PARaidersHockey for a pick in the 2020 @TheWHL Bantam Draft.

Thank you, Donovan, for your time as a Chief and we wish you the very best in PA.