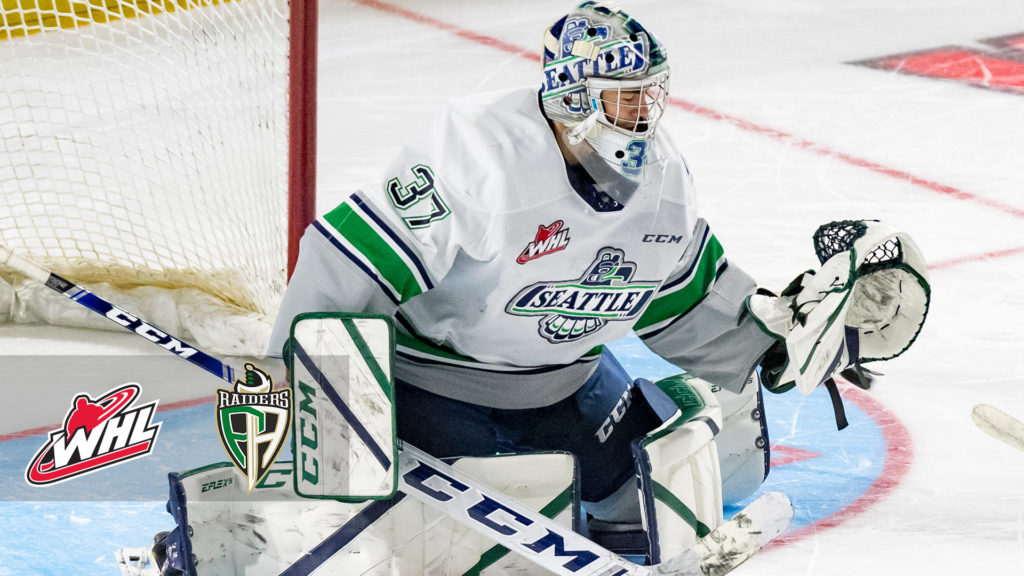 In exchange for the 19-year-old netminder, the Thunderbirds receive a conditional eighth-round pick in the 2022 WHL Prospects Draft.

“Jackson went into Seattle last year and we thought performed very well in a tough circumstance,” said Raiders general manager Curtis Hunt. “We’re excited to add him to our roster and give him the opportunity to compete for a roster position.”

The Raiders have acquired 2002-born goaltender Jackson Berry from the Seattle Thunderbirds.

📲Get the details on the CHL App, or online here: https://t.co/Ej8htb2vBO

“We’d like to thank Jackson for his time with the Seattle Thunderbirds,” said Seattle general manager Bil La Forge. “He came in last year and provided quality goaltending under some unique circumstances. This is a good opportunity for him to continue his WHL career.”

TRADE | The Seattle Thunderbirds have traded Jackson Berry to the Prince Albert Raiders for a conditional draft pick.
👉 https://t.co/w9OQNeD9C5 pic.twitter.com/tcKP4EccRA

The 6-foot-1, 181-pound puck-stopper was originally selected by the Moose Jaw Warriors in the sixth round of the 2017 WHL Draft. Berry made his WHL debut with the Warriors in January of 2020, appearing in five games during the 2019-20 season.