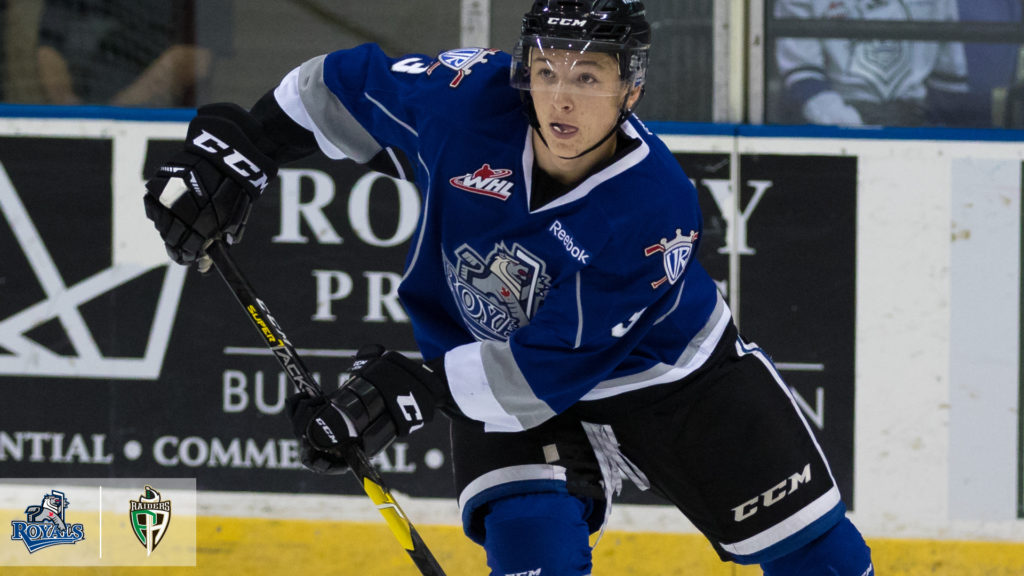 In exchange, the Royals have acquired a seventh-round selection in the 2020 WHL Bantam Draft.

Aquilon a 6-foot-1, 174-pound product of Kelowna, B.C. has appeared in 71 regular season and playoff games with Victoria, recording four assists. Prior to his time in the WHL, Aquilon played for the B.C. Major Midget Hockey League’s (BCCML) Okanagan Midget AAA Rockets for 36 games where he recorded 13 points (1G-13A).

The 18-year-old blueliner was listed to the Royals’ 50-man protected player list in 2017. 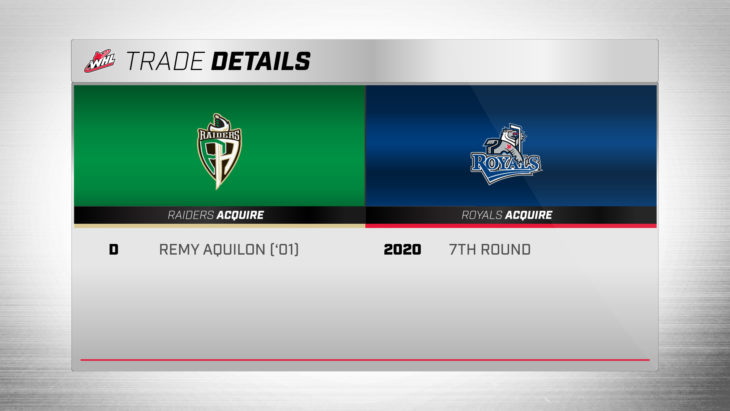 The Raiders have acquired 2001-born defenceman Remy Aquilon from the Victoria Royals.

📲Get the details on the Raiders App, or online here: https://t.co/Pmc08le83Z