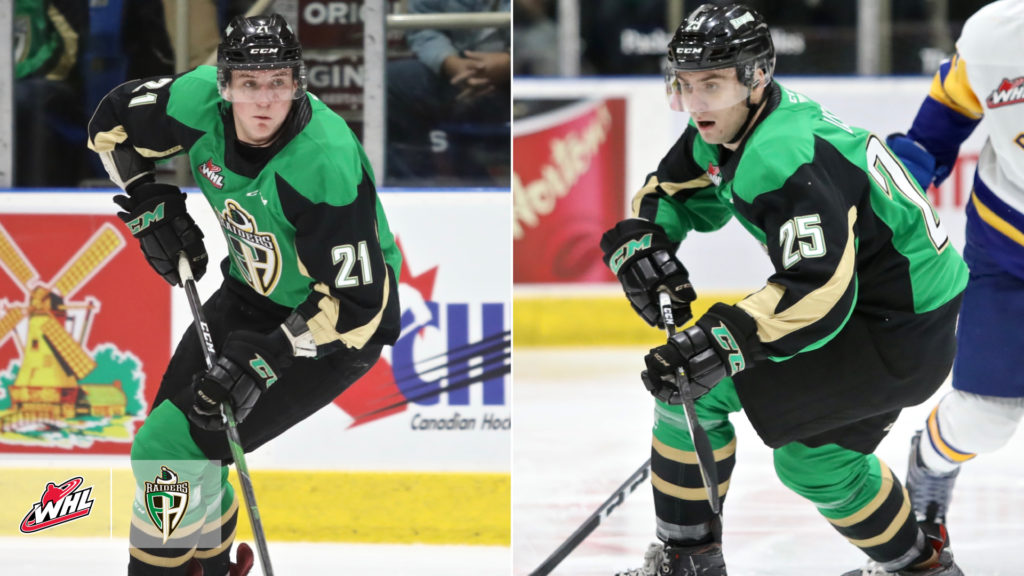 Prince Albert, Sask. – Forwards Aliaksei Protas and Ilya Usau will be heading to Minsk to take part in Belarus’ camp for the 2020 IIHF World Under-20 Championship – Division 1A.

This will be the second consecutive year that Protas will represent Belarus at the Division 1A tournament. Last year, he had five points (2G-3A) in five games as Belarus finished in second place. He also suited up for Belarus at the 2018 World Under-18 Hockey Championship.

Protas, a Washington Capitals prospect, leads the WHL in scoring heading into Wednesday night’s action with 37 points (17G-20A) in 25 games played this year.

Usau will take part in this tournament for the first time this year. He has participated in the World Under-18 Hockey Championship twice for Belarus, picking up five points (2G-3A) in 10 games between both events.

In 25 games with the Raiders in his rookie season, Usau has 19 points (7G-12A) and is fifth in team scoring. He’s also fourth in league scoring among rookies this season.

The 2020 IIHF World Under-20 Championship – Division 1A begins on Monday, December 9. The tournament features six teams in a single round-robin series. The top-ranked team will from the tournament will be promoted to the top division and compete at the 2021 IIHF World Junior Hockey Championship in Edmonton and Red Deer, Alta.

The Raiders are back in action on Friday night when they host the Swift Current Broncos. Puck drop is 7:00 p.m. CT. Tickets are available at the Raiders Office and online here.

Also, the Raiders’ auction for Ugly Christmas Sweater Night Presented By Lakeland Ford is now underway. Bid on or outright buy a jersey at 32auctions.com/UglyChristmasSweaters. The Raiders will wear the jerseys on Friday, December 13 against the Winnipeg ICE.

Aliaksei Protas and Ilya Usau have been invited to take part in Belarus' camp for the 2020 IIHF World Under-20 Championship Division 1A, which begins Dec. 9 in Minsk.

📲Get the details on the Raiders App, or online here: https://t.co/JElJVn2s2y