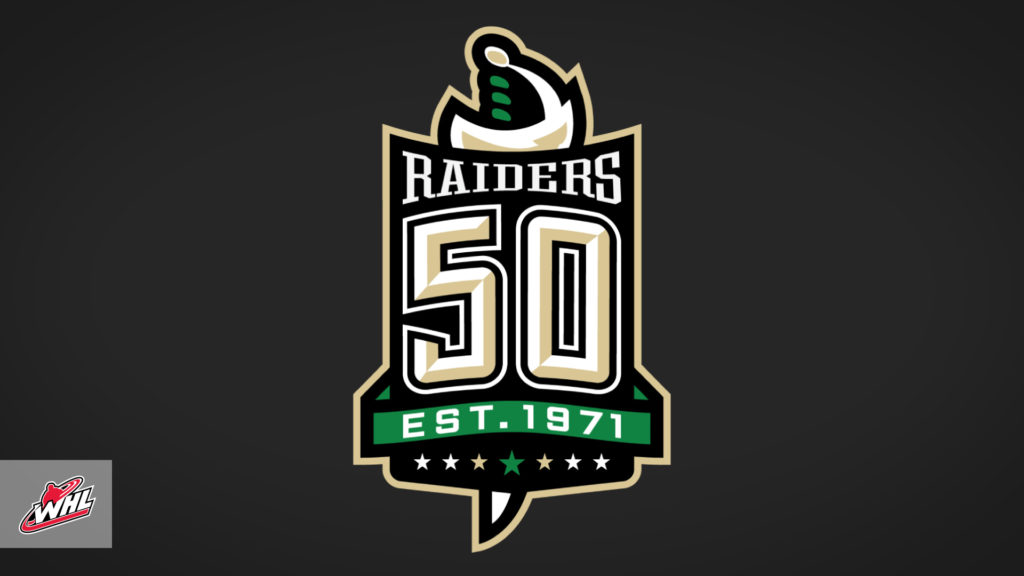 Prince Albert, SK – The Prince Albert Raiders are proud to unveil their logo for the 50th Season of Raider Hockey, which will be the 2020-21 WHL season.

The logo has the history of Raiders hockey built into the design, altering the current logo to fit “50” within the shield. Beneath the banner, it showcases seven stars. The four white stars represent the Raiders’ Centennial Cup Championships while they were members of the SJHL. The two gold stars represent the Ed Chynoweth Championships won in 1985 and 2019. The large green star in the middle signifies the team’s Memorial Cup Championship in 1985.

More details in regards to the 50th Season of Raider Hockey will be shared when they are available.

Season tickets for the 2020-21 campaign are available for now. The Early Bird Deadline for ticket purchases has been extended to Friday, July 31. Contact the Raiders Office at 306-764-5348 for more information.

The Raiders have unveiled their logo for the upcoming 50th season of play.

📲Get the info on the Raiders App, or online here: https://t.co/CXukFt3kqy#GoRaidersGo pic.twitter.com/2k3gKNbCmb