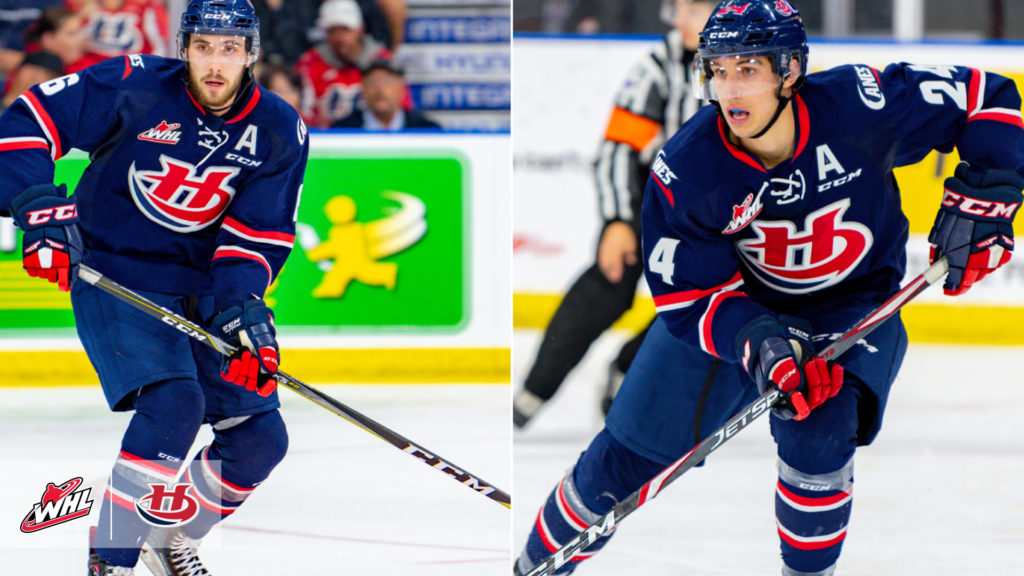 Lethbridge, Alta. – The Lethbridge Hurricanes Hockey Club announced Friday that Ty Prefontaine and Dylan Cozens have been named the 27th and 28th Captains in franchise history as they will serve as co-Captains for the remainder of the 2019-2020 season.

“We’ve waited a while to make sure we had the right guys in place and it was pretty unanimous that we had two great leaders in Prefontaine and Cozens,” said Hurricanes head coach Brent Kisio. “We all felt the same way in that we wanted both to be captains of the Lethbridge Hurricanes because they’re both great leaders and we believe they can work together to create a winning environment that we already have and build on what we’ve already done this year.”

Prefontaine, 21, has served as an alternate captain for the last three seasons with the Hurricanes. He was the recipient of the 2017-2018 Hardest Working Hurricane Award. The product of Saskatoon, Sask. has skated in 234 WHL regular season games with the Prince Albert Raiders, Calgary Hitmen, and Hurricanes, collecting 55 points (8G-47A) along with 183 penalty minutes and a plus-91 rating.

“It’s a lot of butterflies and it feels pretty awesome to be a captain of this team. I’ve wanted it for a pretty long time and to share it with a guy like Dylan Cozens, it’s pretty special,” said Prefontaine. “Me and Coz have been pretty close and there is no better guy to share the captaincy with.”

Cozens, 18, is a first-round selection of the Buffalo Sabres and recently helped Canada win gold at the 2020 IIHF World Junior Championship. He has served as an alternate captain during the 2019-2020 season for the ‘Canes. The product of Whitehorse, Yukon has skated in 158 career games with the Hurricanes, totaling 184 points (77G-107A) along with 72 penalty minutes and a plus-45 rating.

“It means a lot to be named the captain of this team and to do it with Ty Prefontaine, who’s a great leader, it’s exciting and we’re going to do it the right way and it’s going to be a good thing,” said Cozens. “It’s a huge honour. We’ve both been here a long time and we’re both really excited to be co-captains.”

The Hurricanes welcome the Red Deer Rebels tonight at the ENMAX Centre at 7:00pm in their final home game in January. Tickets are available by calling 403-329-SEAT (7328), online at www.enmaxcentre.ca or in person by visiting the ENMAX Centre or Yates Memorial Theatre Ticket Centre’s.

The #WHLCanes have named Ty Prefontaine and Dylan Cozens as Co-Captains for the remainder of the 2019-2020 season! They become the 27th and 28th Captains in franchise history! #CaneTrain #FueledByPassion #YQL 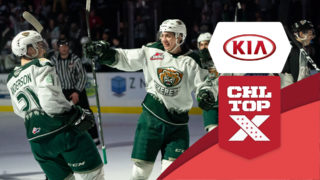 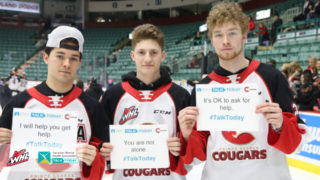 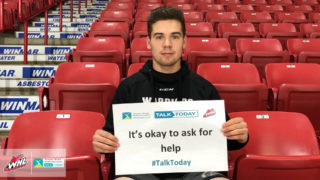 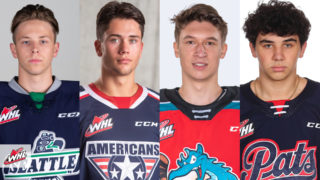