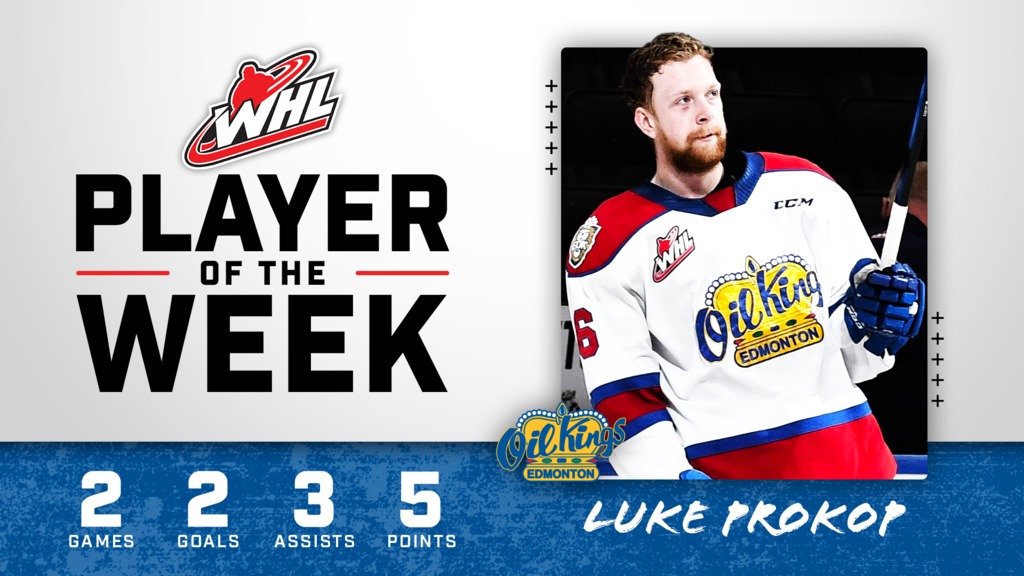 The Nashville Predators prospect recorded five points (2G-3A) in two outings this past week as his hometown Oil Kings split the first two games of the 2022 WHL Championship Series.

Prokop started his week Friday, June 3 by registering an assist in Edmonton’s 2-1 setback to the Seattle Thunderbirds in Game 1 of the 2022 WHL Championship Series.

The 20-year-old then registered a four-point effort (2G-2A) two nights later in Game 2, scoring a pair of second-period goals as the Oil Kings recorded a 5-4 victory.

In addition to his play on the ice, Prokop was also recognized Wednesday, June 1 as the recipient of the Doug Wickenheiser Memorial Trophy as 2021-22 WHL Humanitarian of the Year.

In 15 outings during the 2022 WHL Playoffs, he has registered four goals and 15 points, while leading all WHL skaters with a +19 rating.

The 6-foot-5, 220-pound defenceman was selected in the third round of the 2020 NHL Draft by the Nashville Predators, signing an entry-level contract in December of that year.

Prokop was originally selected by the Calgary Hitmen with the seventh-overall pick in the 2017 WHL Draft before being acquired via trade by Edmonton in October of 2021. In 234 career WHL regular season and playoff appearances with the Hitmen and Oil Kings, he has totalled 95 points (22G-73A).