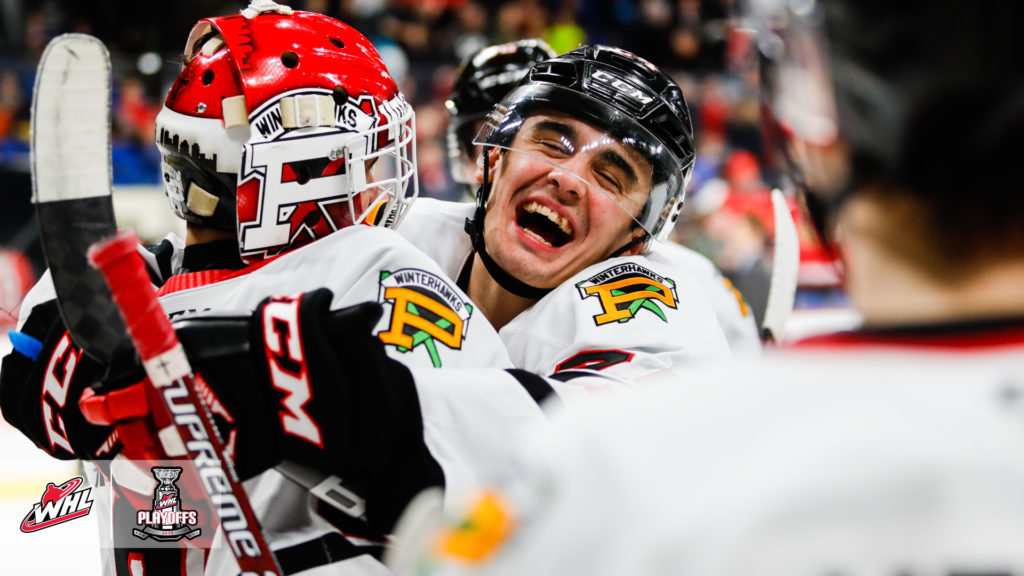 With a record of 35-7-3-4, the Portland Winterhawks have become the first team to clinch a spot in the 2020 WHL Playoffs.

The Winterhawks clinched the berth Tuesday as they earned a single point in a 7-6 overtime loss to the Spokane Chiefs, giving them 77 points in the standings. With the Prince George Cougars winning in regulation and the Tri-City Americans losing in regulation, the Cougars are the only non-playoff team in the WHL’s Western Conference that can match the Winterhawks in points.

Given that Portland has the edge on Prince George in head-to-head competition, that secures Portland’s spot in the WHL Playoffs.

The Winterhawks will appear in the WHL Playoff for an 11th-straight season. Given the strength of their performance this season, the team will have high hopes of challenging for another WHL Championship. After winning back-to-back WHL Championships as the Edmonton Oil Kings in 1971 and 1972, the Winterhawks won titles for their Portland fans in 1982, 1998, and 2013. They’ve also won the Memorial Cup in 1983 and 1998.

Head coach Mike Johnston has his team is a good position for this year and the future. That statement is backed up by the team’s forward core, which is led by 2020 NHL Draft prospect Seth Jarvis and New York Islanders prospect Reece Newkirk, who have each surpassed 20 goals and 50 points this season. Another player past the 50-point threshold this season is overage forward Jake Gricius, who is on pace for career-best totals as well.

Between the pipes, St. Louis Blues prospect Joel Hofer has been solid all season, but amplified his presence with his performance at the 2020 IIHF World Junior Championship, backstopping Canada to a gold medal at the tournament.

Last season, the eventual WHL Champion Prince Albert Raiders were the first team to clinch a spot in the 2019 WHL Playoffs, doing so on February 5, 2019.

The Winterhawks will now head onto the road for a pair of games at Prospera Place this coming weekend against the Kelowna Rockets. Puck drop for the first of the two games is Friday, February 7 (7:05 p.m. PT).

WE ARE OFFICIALLY IN!

The Winterhawks are the first team in the WHL to clinch a playoff spot!

It's the 11th consecutive season the Winterhawks will compete for the Ed Chynoweth Cup. pic.twitter.com/1MU40rA4YB