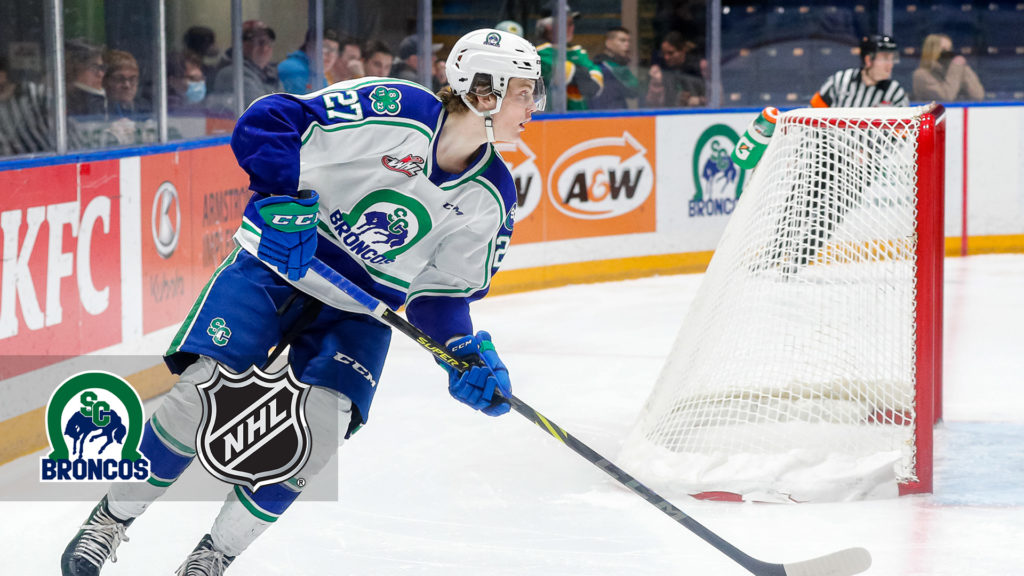 The 18-year old was selected by the Penguins in the first round (21st overall) of the 2022 NHL Draft in Montreal. He recently attended the Penguins’ development camp from July 10-14.

This past season, the 6-foot-4, 180-pound rearguard registered career bests in goals (nine), assists (24) and points (33) with the Broncos and was named to the WHL Central Division Second All-Star Team.

He led all Swift Current defencemen in scoring during the 2021-22 WHL season.

He also represented Canada at the 2022 IIHF World U18 Championship, appearing in four contests.

Pickering, who hails from St. Adolphe, Man., was originally selected by the Broncos in the ninth round of the 2019 WHL Draft. In 85 career WHL games, all with Swift Current, Pickering has recorded 11 goals and 42 points.

The Penguins have signed their 2022 first-round pick, defenseman Owen Pickering, to a three-year, entry-level contract.

Pickering’s entry-level contract will begin when he turns professional. https://t.co/teeXgoKmbz