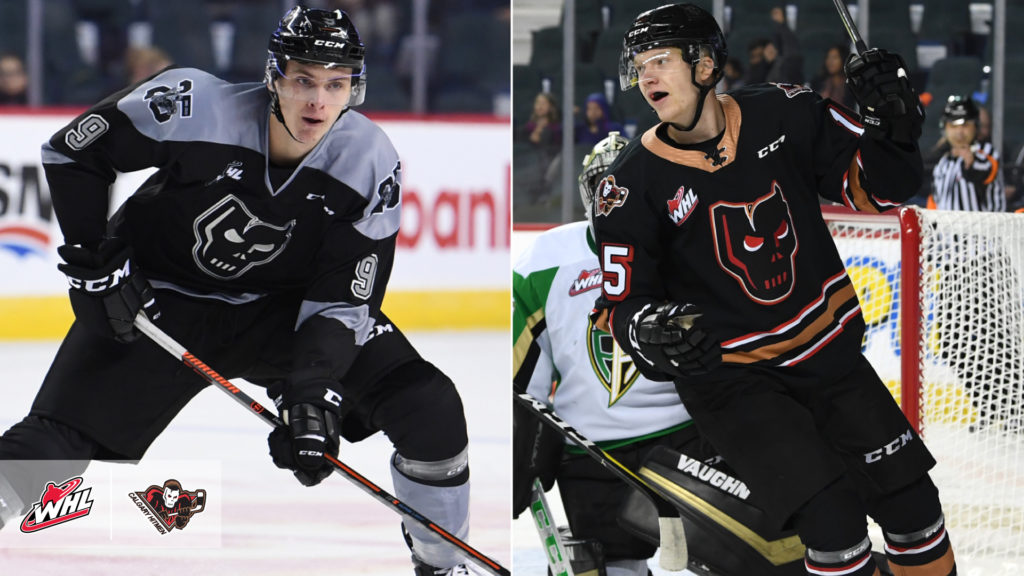 The Calgary Hitmen Hockey Club would like to congratulate forward Jonas Peterek and defenceman Egor Zamula on their respective invites to World Junior Selection Camp. Peterek will attend camp with the Czech Republic while Zamula heads to Russia.  Both players will depart Calgary on December 9, 2019.

Selected 37th overall by the Hitmen in the first round, 37th overall, in the 2019 CHL Import Draft, Peterek is off to a strong start in his first season with the club.  The 18 year-old has 15 points (7G-8A) in 24 games to sit tied for ninth in WHL rookie scoring.

Zamula, a 19-year-old Philadelphia Flyers prospect, is in his third season with the Hitmen after he was claimed off WHL Import Waivers from the Regina Pats.  His 25 points (6G-19A) in 25 games this season has him fourth in WHL scoring among defencemen. Zamula also skated for Team Russia last month in the 2019 CIBC Canada Russia Series.

In 155 WHL regular season games between the Hitmen and Pats, Zamula has 99 points (18G-81A), including nine power-play goals and two game-winning goals.

The 2020 IIHF World Junior Hockey Championship will be co-hosted between Ostrava and Trinec in the Czech Republic.  The tournament, which begins Boxing Day, will wrap up with the gold medal game on January 5.

One step closer to the national stage!