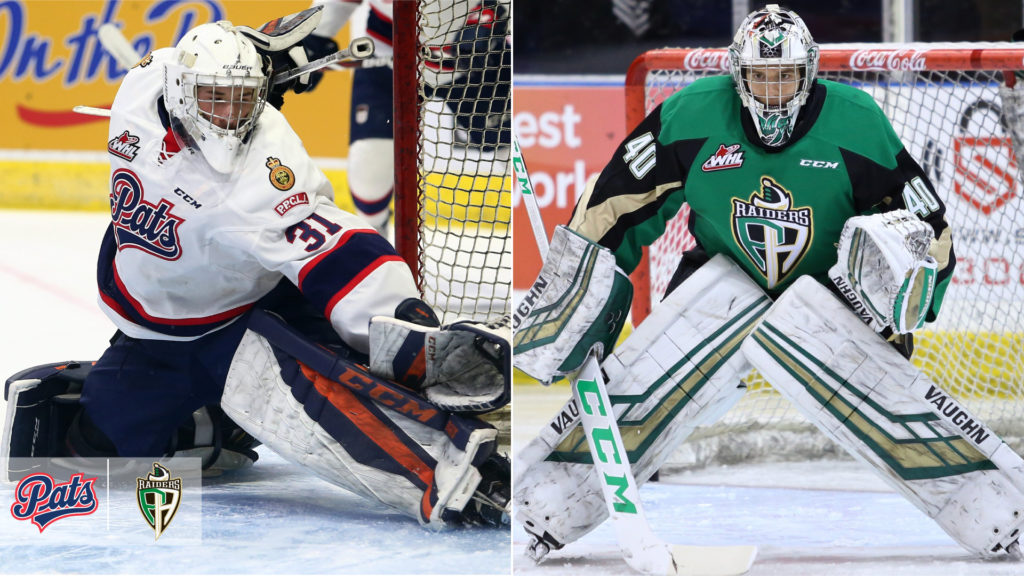 Pesenti, a Saskatoon, Sask. product, has spent this season in the Saskatchewan Junior Hockey League (SJHL) with the Kindersley Klippers. The 5-foot-10, 175-pound goaltender has started five games with the Klippers this season notching a 3-1-0-0 record. The 2001-born netminder has posted an impressive 2.43 goals-against average and a .927 save percentage with the Klippers this season. Pesenti started two games with the Regina Pats last season posting a 5.99 GAA and a .706 SV%.

“Matthew is a good, young goalie and provides us depth at the position,” said Raiders General Manager Curtis Hunt. “This move also gives Donovan an opportunity in our league with another team.”

Heading to the Pats in the transaction is the third round, 53rd-overall selection, from the 2015 Western Hockey League Bantam Draft Donovan Buskey. Prior to this season, Buskey started 11 games for the Raiders in the 2018-19 campaign, posting a 9-1-0-1 record with a 3.15 GAA and a .870 SV%.

“We are happy to add Donovan to our group,” said Pats VP of Hockey Operations and General Manager John Paddock. “He brings some good experience in the league to our team.” 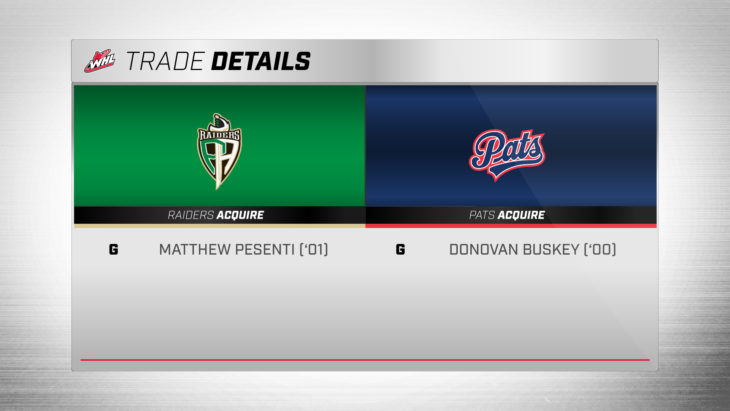