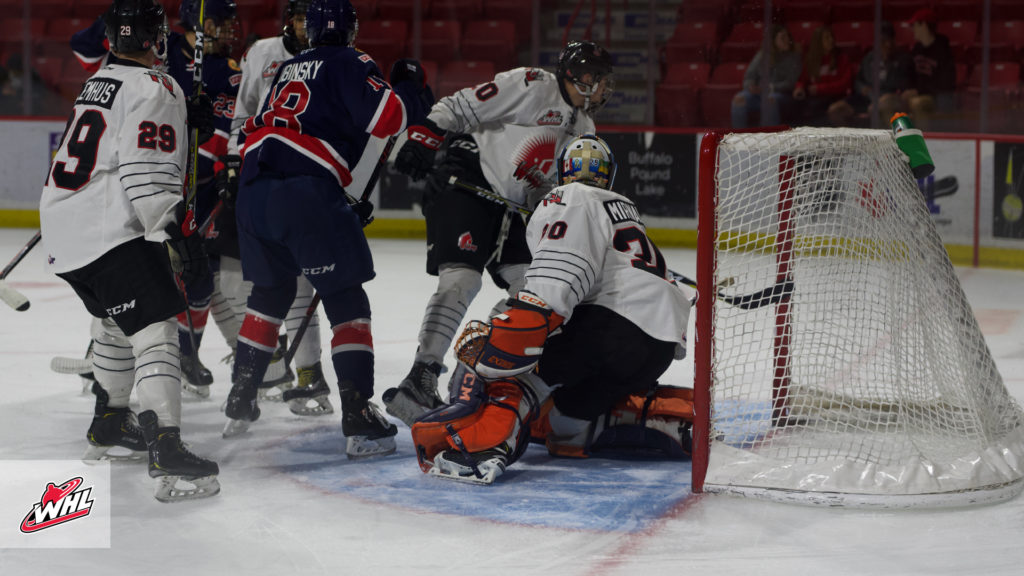 Garrett Wright scored goals 3:31 apart in the first period to build an insurmountable lead for the team from the Queen City. Josh Hoekstra responded early in the second for the home side, but the Pats restored the two-goal lead minutes later with a goal from off-season acquisition Haydn Delorme.

The goaltenders took over in the third period, combining to stop all 18 shots. Matthew Pesenti stopped eight of nine shots in 30:19 of action to earn the victory while Matthew Kieper stopped all 13 shots sent his way in 29:41 of action. Brett Mirwald played the full game for the Warriors, stopping 30 of 33 shots.

Makai Mitchell, Jake Johnson, and Marcus Taylor recorded assists for the Pats while Atley Calvert and Jesse Mistelbacher each picked up a single helper for the Warriors.