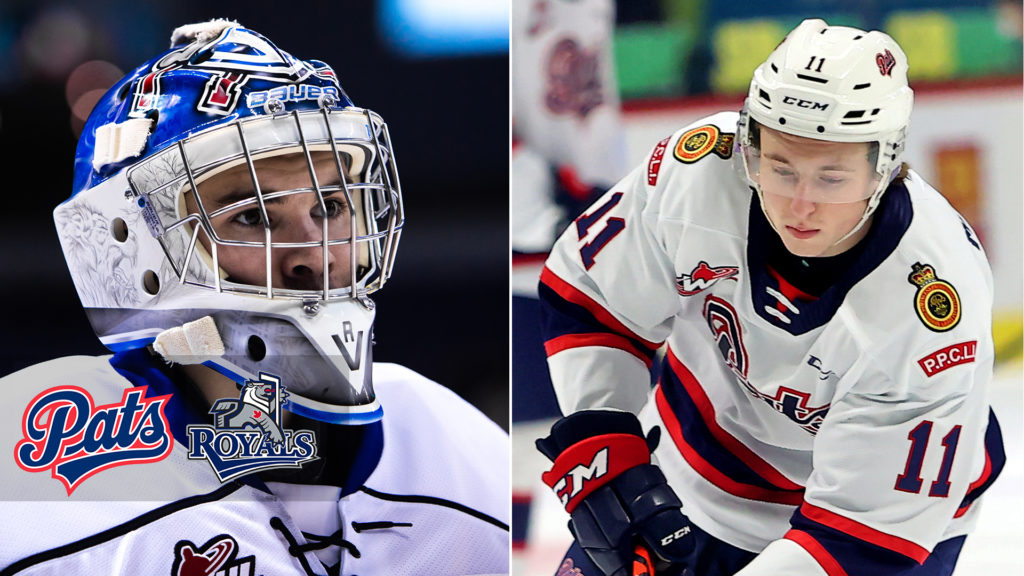 The Regina Pats and Victoria Royals combined on a one-for-one trade Tuesday, with the Pats sending 20-year-old forward Carter Massier to the Royals for 18-year-old goaltender Keegan Maddocks.

“Carter is a versatile, veteran forward who contributes on both sides of the puck. He brings a combination of size and speed, and has a great nose for the net,” commented Royals General Manager and Head Coach Dan Price said of the trade. “Keegan has developed into a quality young goalie in the league, and is a great person and teammate. He has a bright future and we wish him all the best in Regina.”

We have acquired forward Carter Massier from the @WHLPats in exchange for goalie Keegan Maddocks.

“We are pleased to have Keegan join us as we prepare for the upcoming season,” said Pats VP of Hockey Operations and General Manager John Paddock. “He gives us some great depth in goal and we’re really looking forward to having him in the mix, going into training camp.”

“We wish Carter all the best in Victoria,” Paddock added. “He has been a good player for us on and off the ice over the past three seasons.”

Trade: We have acquired goaltender Keegan Maddocks from the @victoriaroyals in exchange for forward Carter Massier.

Massier was originally signed by Regina in 2018, and has recorded 27 points (13G-14A) in 91 career WHL Regular Season appearances.

Maddocks was selected in the 8th round, 165th overall, by Victoria in the 2018 WHL Draft.