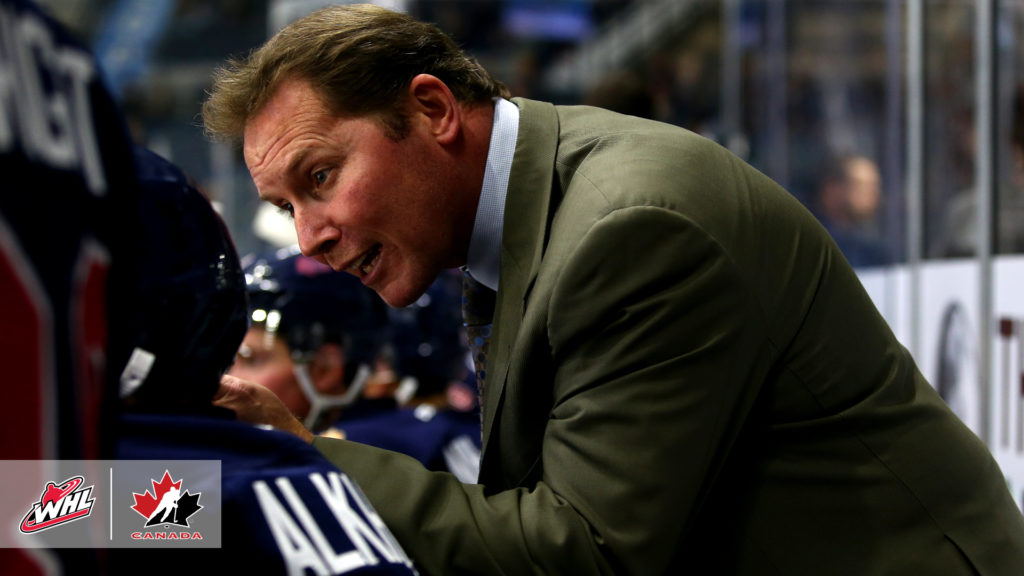 Gibson, who was last behind the bench internationally for Team Canada White at the 2018 World Under-17 Hockey Challenge, will be joined by assistant coaches Serge Aubin and Dave Struch (Flin Flon, Man./Regina, WHL).

“The IIHF U18 World Championship presents Hockey Canada with a unique challenge every year, with players being added through the tournament. We are confident that Brett, Serge and Dave will be able to navigate through these challenges and bring the team together to be successful on and off the ice,” said Shawn Bullock, director of men’s national teams. “We feel these coaches will be able to bring out the best in our players, and lead Canada through a successful tournament.”

Gibson just completed his 13th season as head coach of Queen’s University (OUA), leading the Gaels to their first Queen’s Cup title since 1981 and second U Cup appearance in the last three years. Gibson was an assistant coach with Team Canada White at the 2017 World Under-17 Hockey Challenge before serving as head coach a year later. He was also head coach of Canada’s men’s hockey team at the 2017 Winter Universiade, winning a bronze medal, and was named OUA coach of year twice (2007-08, 2013-14), earning the CIS Coach of the Year award in 2013-14.Gibson played four seasons in the OHL from 1996-2000, with the Erie Otters, North Bay Centennials and London Knights.

Aubin was most recently head coach of the ZSC Lions (NLA), following stints behind the bench with the Vienna Capitals (EBEL) and Hamburg Freezers (DEL). He was also an assistant coach with Canada’s National Men’s Team at the 2014 Deutschland Cup. Aubin, who played 374 NHL games from 1999-2006, was a four-time member of Canada’s National Men’s Team at the Spengler Cup (2007, 2008, 2009, 2011), captaining Team Canada to the championship in 2008. He spent three seasons in the QMJHL, playing with the Drummondville Voltigeurs and Granby Bisons from 1992-95.

Struch just finished his first season as head coach of the Regina Pats (WHL) after four years as an assistant. He was head coach of Team Canada Black at the 2017 World Under-17 Hockey Challenge after serving as an assistant the previous year. Prior to joining the Pats, Struch spent seven seasons with the Saskatoon Blades (WHL), including as head coach in 2013-14. After playing four seasons with the Blades from 1988-92, his 13-year professional career included four NHL games with Calgary in 1993-94.

In addition to the coaching staff, the team will be supported by head scout Brad McEwen (Whitewood, Sask.), who will work with the coaches to select the roster and manage the changes that will come leading up to the tournament, as well as Program of Excellence management group member Alan Millar (Tottenham, Ont./Moose Jaw, WHL).

NEWS | @HC_Men to be led by Brett Gibson, Serge Aubin and Dave Struch at #U18Worlds in Sweden this April.