Pats acquire Sloboshan from Chiefs in exchange for Cole, Woods 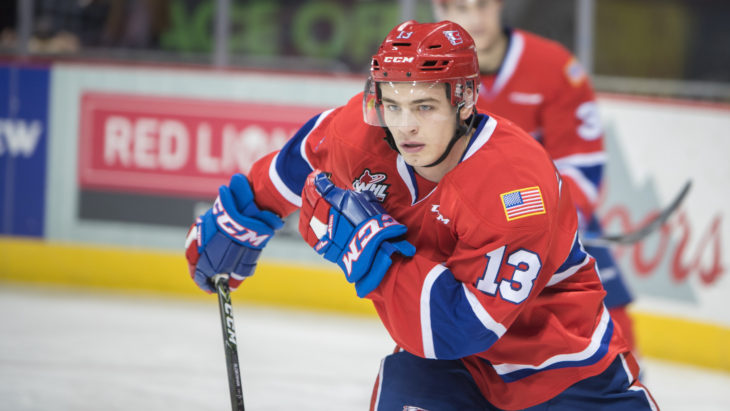 “Sloboshan adds skill and leadership to our club,” said John Paddock, head coach and general manager of the Pats, in a team release. “He will be a valuable contributor on our team down the stretch.”

Sloboshan, a product of Vanscoy, Sask., was dealt from the Saskatoon Blades to the Chiefs, along with defenceman Nolan Reid, prior to Christmas in a deal that saw defenceman Evan Fiala and forward Markson Bechtold land in the Bridge City.

Heading south of the border are Cole and Woods. Cole was originally drafted by the Pats, being selected in the third round (63rd) of the 2012 WHL Bantam Draft, while Woods was listed.

“Riley is a skilled left wing with good offensive ability who will fit on our top two lines,” said Scott Carter, general manager of the Chiefs, in a team release. “Rykr is a solid two-way player who can play on both wings and brings an edge to his game.”

“The entire [Pats] organization wishes Rykr and Riley success with the Chiefs,” said Paddock. “They have contributed to our success this year and we know they will translate that to Spokane.”

The Pats hold down first place in the WHL’s East Division with a record of 25-3-6-1 (57 points) and return to action Tuesday (8 p.m. Saskatchewan) when they visit the Medicine Hat Tigers.