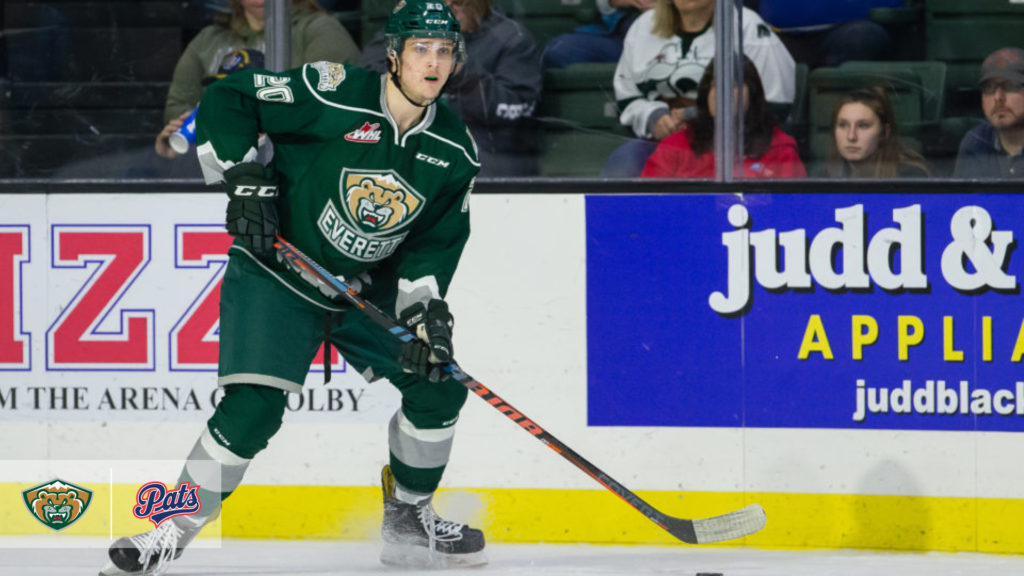 Defenceman Kyle Walker is on his way to the Queen City following a trade between the Everett Silvertips and Regina Pats Thursday.

In exchange for Walker, the Silvertips received a fifth-round selection in the 2019 Western Hockey League Bantam Draft.

“First, it’s most important to express how grateful we are of Kyle Walker as an individual and a player,” said Silvertips general manager Garry Davidson. “He wore his heart on his sleeve, his effort was noticed by all over the course of the last season, and was a player for us who demonstrated potential.

“This transaction properly gives him a place to play, maximizing the potential of minutes he needs to develop. He’ll always be considered a part of our family and we wish him nothing but the best in the next chapter of his career.”

Walker, a 6-foot-3, 190-pound product of Leduc, Alta. had appeared in 64 WHL regular season games with the Silvertips. He made his debut on October 11, 2017 against the Medicine Hat Tigers and scored his first career WHL goal on January 7, 2018 against the Victoria Royals. Walked had six points (1G-5A) in 50 games with the Silvertips during the 2017-18 WHL Regular Season. He had been held pointless through his first 14 contests this season.

“We are happy to bring Kyle here to Regina.” said Pats VP of Hockey Operations and GM John Paddock. “He is a big body on the back end that will help our team going forward.”

The 18-year-old played up through the Leduc Oil Kings program, recording 44 points (4G-40A) in 37 games with the team’s Alberta Minor Midget Hockey League squad during the 2015-16 season.

The fifth round pick the Pats give up was originally from the Medicine Hat Tigers in the Matt Bradley trade in May of 2017.

Next up in action for the Pats is a date against the Tri-City Americans at the Brandt Centre on Friday, November 9 (7:00 p.m. CT).