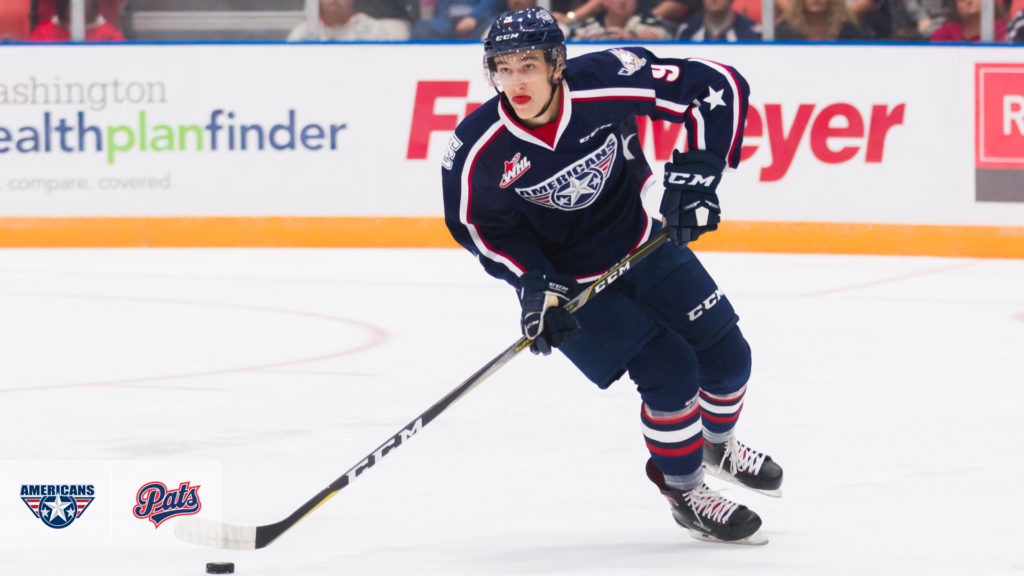 The Tri-City Americans have traded 18-year-old defenceman Tom Cadieux to the Regina Pats. In exchange, the Americans will receive a third-round pick and a seventh-round pick in the 2023 WHL Draft.

“We are excited to add Tom to our group,” said John Paddock, Pats VP of Hockey Operations and General Manager. “He is a good young defenceman that will fit well with our 2002-born age group.”

“With six returning veteran defencemen and the addition of CHL Import Draft pick Andrej Golian, this was a necessary move to make,” said Bob Tory, General Manager for the Americans. “The trade will also give Tom an opportunity for more ice time and a chance to play closer to home. We wish him nothing but the best moving forward.”

The Americans have traded defenseman Tom Cadieux to the Regina Pats in exchange for two draft picks.