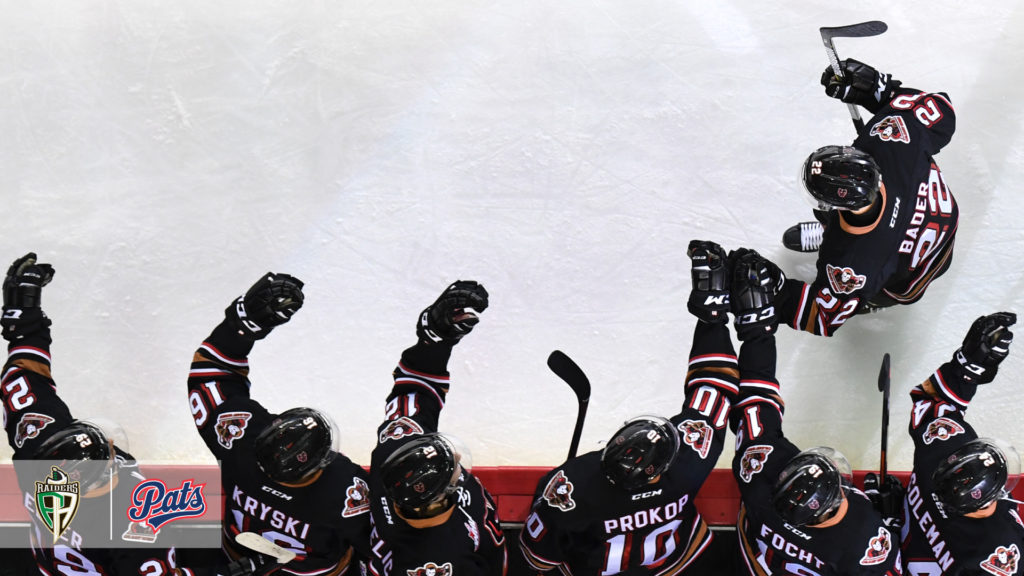 The Regina Pats have acquired the playing rights to 2001-born forward Bryce Bader from the Prince Albert Raiders.

In exchange, the Pats have received a conditional eighth-round selection in the 2022 Western Hockey League Bantam Draft.

“We are happy to be able to make this deal,” said Pats VP of Hockey Operations and General Manager John Paddock. “Bryce is a good player and we will work to see if Regina is a place he would like to continue his career.”

The 6-foot-1, 205-pound Bader is a product of Sherwood Park, Alta. The Calgary Hitmen originally selected Bader in the second round, 38th overall, of the 2016 WHL Bantam Draft.

Last season, Bader posted four goals in 10 games with the Hitmen before being acquired by the Raiders on January 10, 2019. To date, he’s appeared in 14 career WHL regular season games, scoring four goals. 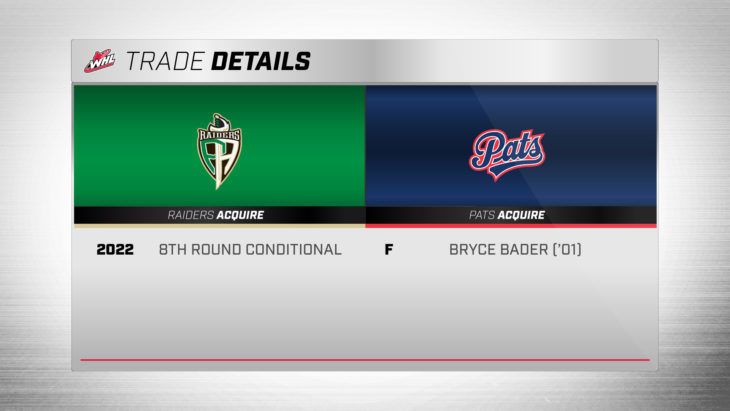 The Raiders have traded the rights to 2001-born forward Bryce Bader to the Regina Pats.

📲Get the details on the Raiders App, or online here: https://t.co/gWvo8jPuOA#GoRaidersGo pic.twitter.com/k5aE36YQvj