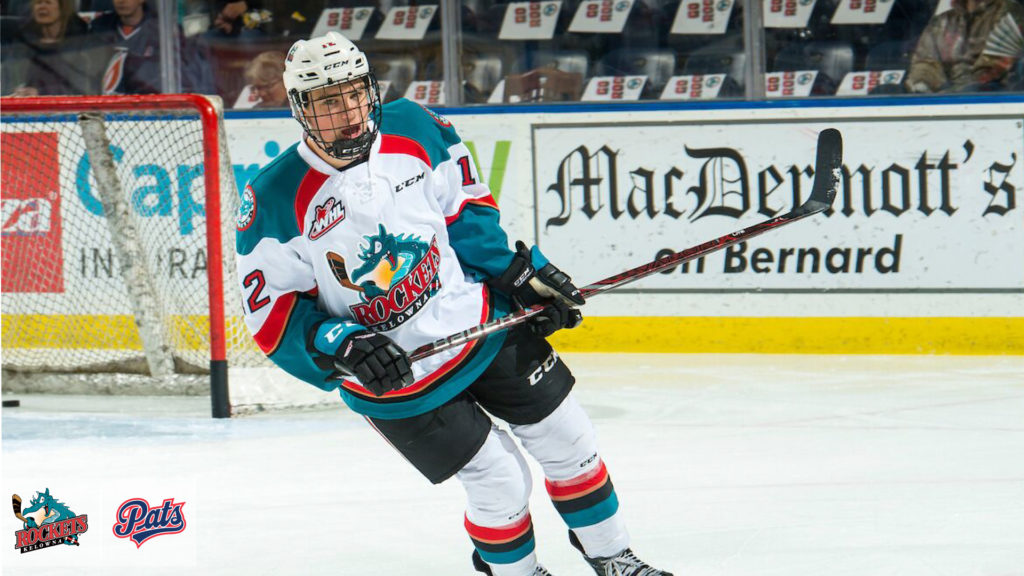 This afternoon the Regina Pats have acquired 17-year-old centre Cole Carrier from the Kelowna Rockets in exchange for a sixth and a conditional eighth round selection at the 2020 Western Hockey League Bantam Draft.

The 6-foot-0, 190-pound forward was selected in the fourth round, 71-overall, by the Rockets at the 2017 WHL Bantam Draft. Last season Carrier tallied an assist in eight regular season games with the Rockets.

“We are happy to add Cole to our team,” said Pats VP of Hockey Operations and General Manager John Paddock. “He is a good young player that adds to the depth of our 2002 born group.”

Carrier has spent the start of the season with the Whitecourt Wolverines in the Alberta Junior Hockey League (AJHL) where he has 13 points (6G-7A) in 30 games.

The next game for the Pats is Sunday, January 12 (4:05 p.m. PT) on the road against the Everett Silvertips. 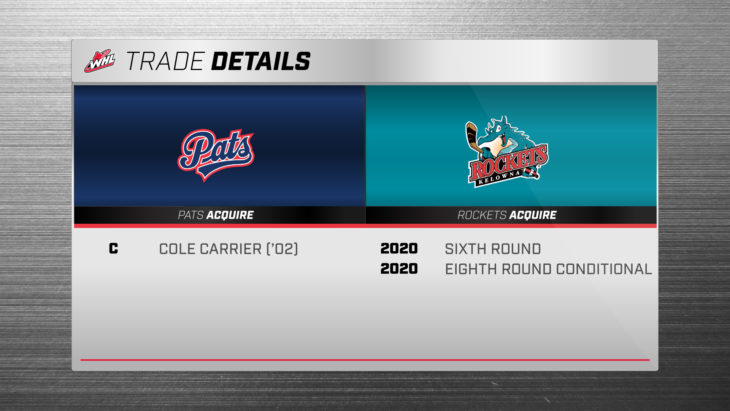