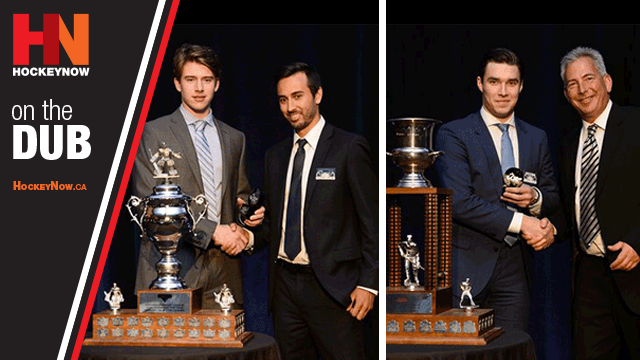 Goaltender Carter Hart from the Everett Silvertips and Brandon Wheat Kings defenceman Ivan Provorov have made the WHL proud by taking home two CHL awards for the 2015-16 season.

Hart took home the Goalie of the Year after a season where he posted 35 wins with six shutouts in 63 games played.

Provorov won Defenceman of the Year, helping the Brandon Wheat Kings win the Ed Chynoweth Cup as league championship in his second year in the Dub.

Hart’s 35 wins was tops in the league and his goals against average was second best at 2.14, and his save percentage was .918, which was sixth in the league.

Hart backstopped the Silvertips to a second place finish in the U.S. Division and had a pair of wins in the playoffs along with a 2.39 GAA and .929 save percentage.

The 17-year-old form Sherwood Park Alta. is one of the highest ranked draft eligible goalies headed into the 2016 NHL draft.

Provorov was selected seventh overall by the Philadelphia Flyers in the 2015 NHL draft.

Some notable winners of the CHL’s top goaltender award from the WHL’s ranks include Carey Price (2008) and Cam Ward (2004).

Notable winners of the CHL’s top defenceman award from the WHL include Derrick Pouliot in 2014 and Dan Hamhuis in 2002.