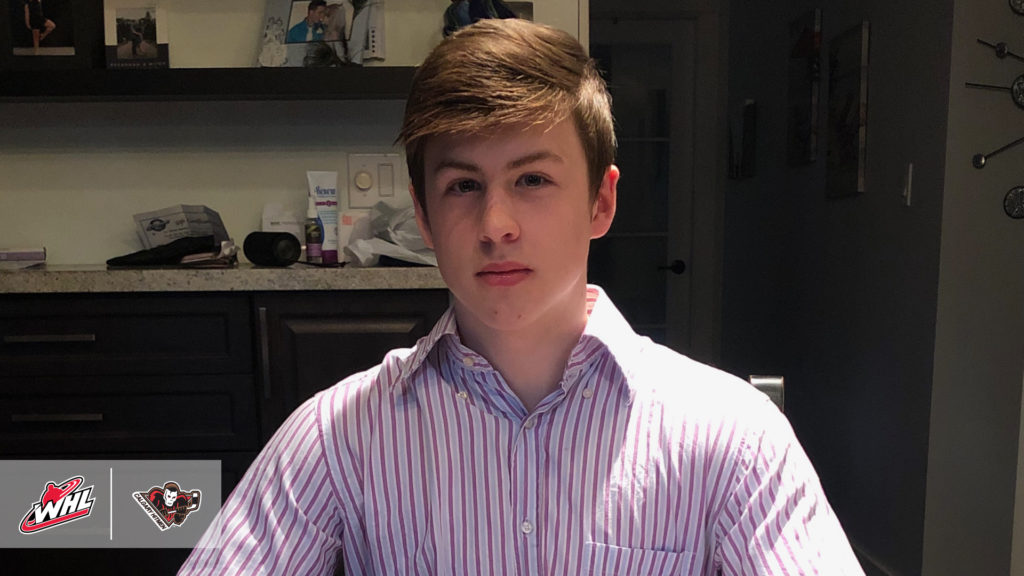 Tulk, a product of Gibsons, B.C., was selected by the Hitmen in the first round, 12th overall, in last month’s 2020 WHL Bantam Draft.

“We are very excited to have Oliver sign with our program and commit to Calgary,” said Hitmen General Manager Jeff Chynoweth.  “He is a talented young man who we believe will become a core piece of our franchise moving forward.”

“I am so excited to be drafted and signed by such a first class organization like the Calgary Hitmen,” added Tulk.  “This is a tremendous honour for me and my family. I look forward to working hard on my game to be able to earn the respect of the players and coaches, when it’s my time to join the Hitmen.”

This past season the 15-year-old more than doubled his point total from 2018-19 to lead Delta Hockey Academy Bantam Prep Green in scoring.  Tulk notched 69 points (27G-42A) in 30 games.  He was also off to a blazing start to the post-season with 10 points (3G-7A) in two games before the COVID-19 pandemic cancelled play.

This fall, Tulk will play with the U17 prep team at Delta Hockey Academy.  He will be eligible to compete for a full-time roster spot with the Hitmen come the 2021-22 WHL season.