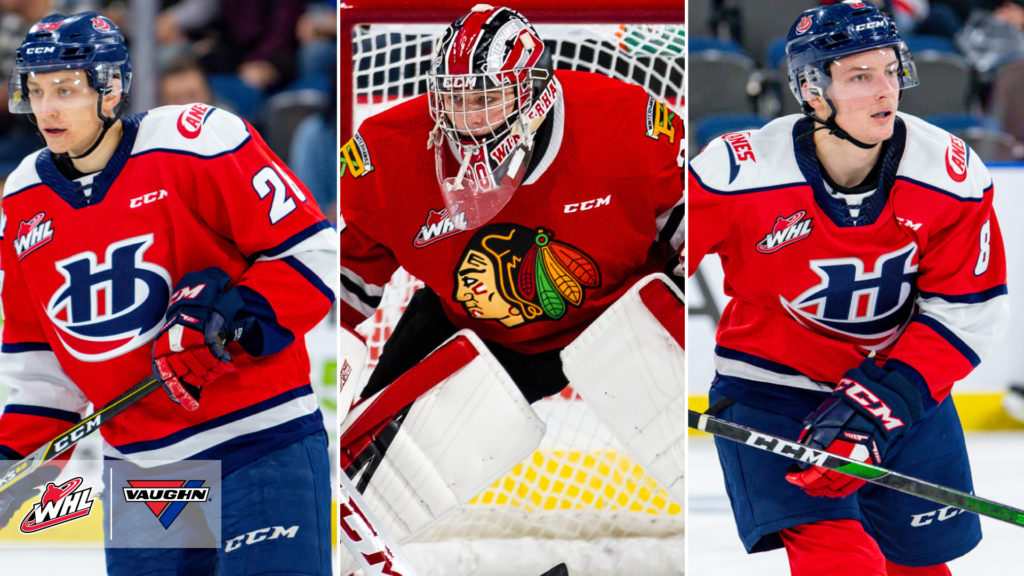 Toronto, Ont. – The Canadian Hockey League today announced the seventh edition of the Vaughn CHL Team of the Week for the 2019-20 season based on individual performances from Oct. 28 – Nov. 3. This week’s edition features forward Oliver Okuliar and defenceman Alex Cotton of the Lethbridge Hurricanes as well as Portland Winterhawks goaltender Joel Hofer from the Western Hockey League.

Headlining the forward ranks is Lethbridge Hurricanes left-wing Oliver Okuliar, who wrapped up the week with eight points counting seven goals and one assist across three contests. His top performance came in a career-high four-point outing against Winnipeg on Friday in which he collected a hat-trick plus one assist. For his efforts, Okuliar was recognized as the WHL On the Run Player of the Week.

Also up front for the second week running is London Knights centre Connor McMichael who finished the week with eight points counting four goals and four assists across two appearances. A first-round selection by the Washington Capitals, McMichael’s best showing of the week came in an incredible six-point outing against Erie that saw him register six points, counting three goals and three assists, including the overtime-winning tally. The successful week saw McMichael named the OHL On the Run Player of the Week.

Rounding out the forward ranks is Rimouski Oceanic centre Cedric Pare, who tallied seven points counting four goals and three assists in two games. Pare shined Thursday against Saint John as he finished with three goals and three assists, helping him claim first-star honours in addition to earning recognition as the Ultramar Player of the Week.

On the blue line, Shawinigan Cataractes defenceman Marc-Antoine Pepin had a solid week as he collected six points – all coming as helpers – in two games. His best performance came in his most recent as he tallied four assists to factor in every Cataractes goal in Saturday’s contest against Baie-Comeau.

Rounding out the back end is another member of the Hurricanes in rearguard Alex Cotton, who registered five points counting one goal and four assists across three appearances. Cotton’s best game came in Friday’s 8-2 win over Winnipeg as the second-year skater registered one goal and three assists to guide his club to victory.

Between the pipes, Portland Winterhawks netminder Joel Hofer was nearly unbeatable across a pair of victories as he turned aside a combined 62 shots in 133 minutes of action. The St. Louis Blues prospect, who wrapped up the week with a 0.90 goals-against average and .969 save percentage, also earned recognition as the WHL Eli Wilson Goaltending Goaltender of the Week. 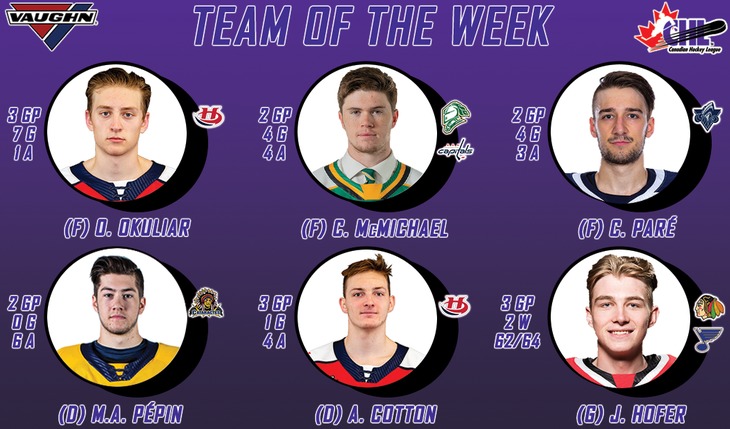