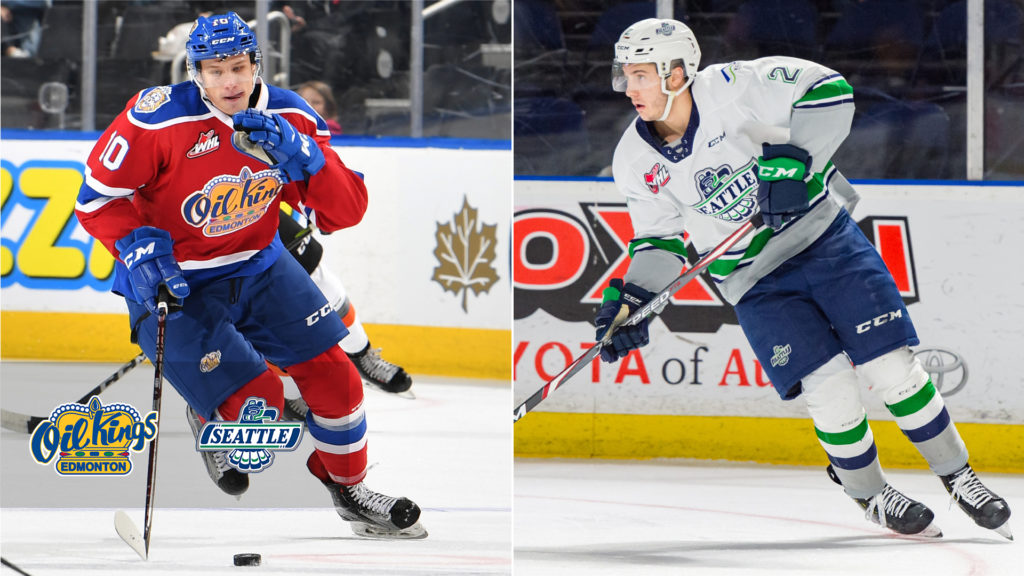 The 19-year-old Kubicek appeared in 52 games during the 2019-20 WHL season, registering 27 points (7G-20A). Over the course of 113 career WHL games with the Thunderbirds, Kubicek has racked up 55 points (16G-39A). He has represented the Czech Republic several times internationally, including at the 2021 IIHF World Junior Championship in Edmonton where he collected two points (1G-1A) in four games. 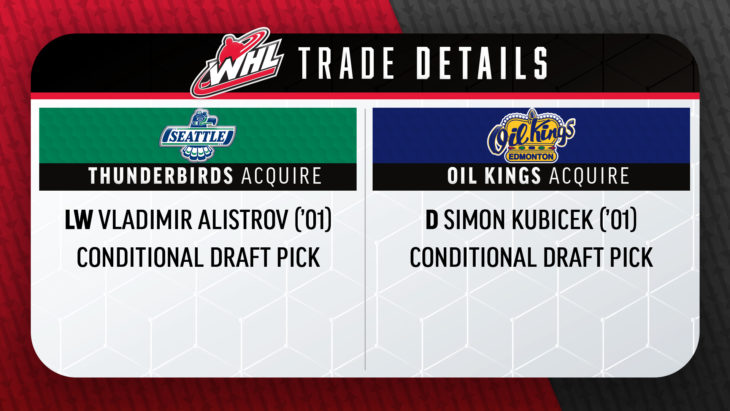 “We are very pleased to add Simon to our group of defencemen,” said Kirt Hill, President of Hockey Operations and General Manager for the Oil Kings. “Simon is an elite right-shot defender who has a lot of WHL and international experience. He will not only help with the development of our younger prospects but also provide offence from the blueline.”

The 6-foot-2, 205-pound Kubicek was originally selected by the Thunderbirds in the second round (89th overall) of the 2018 CHL Import Draft.

“I want to thank Simon for his two years as a Thunderbird and wish him the best with the Oil Kings and in his hockey future,” said Bil La Forge, General Manager of the Seattle Thunderbirds.

Alistrov, 19, recorded 35 points (19G-16A) in 57 games with the Oil Kings last season. In 119 career WHL games, he has notched 73 points (31G-42A). Originally selected by the Oil Kings in the first round (second overall) of the 2018 CHL Import Draft, Alistrov also owns international experience, having represented Belarus, winning a bronze medal at the 2020 U20 Division 1 – Group A World Championship.

“Alistrov is an interesting option for our team,” La Forge said.

The 6-foot-2, 190-pound forward is currently skating with Dinamo Minsk in the KHL, having appeared in 28 games this season.

“The Oil Kings would like to thank Vladimir for his contributions on and off the ice,” Hill said. “We wish him nothing but the best the rest of this season and in his future hockey endeavours.”