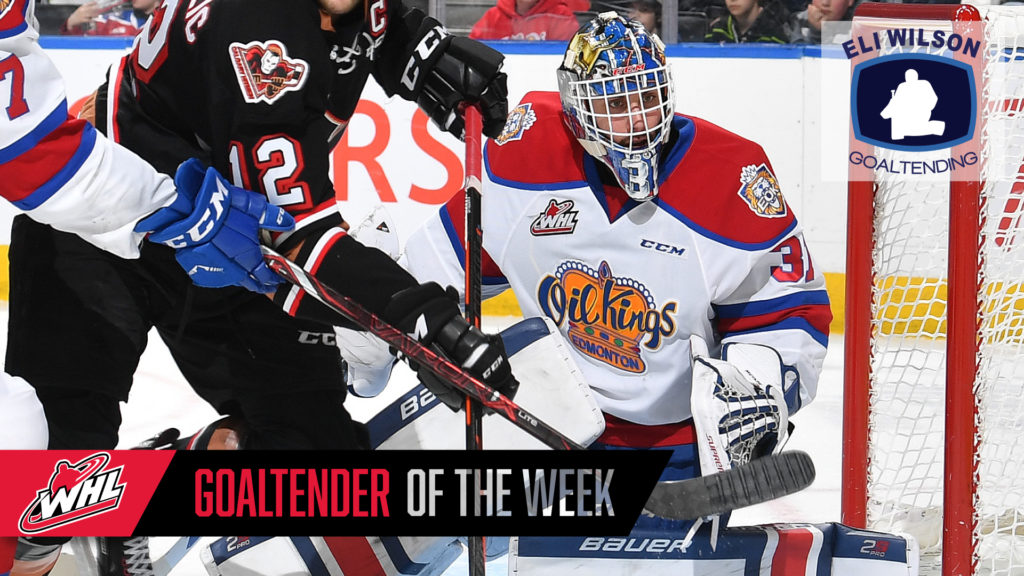 Myskiw appeared in two games during the past week, picking up a pair of wins over the Calgary Hitmen as the Oil Kings advanced to the Eastern Conference Championship. He sported a 2-0-0-0 record, 0.49 goals-against average and stopped 42 of 43 shots for a .977 save percentage.

His efforts began Tuesday with a 24-save performance in a 2-1 overtime win over Calgary. After stopping six shots in the first period, 11 in the second and seven in the third, Myskiw was awarded the first star of the game as well as the third star of the night in the WHL. The following night, Myskiw stopped all 18 shots that came his way in a 6-0 win for the Oil Kings. Myskiw’s first WHL Playoff shutout punched the Oil Kings’ ticket to the Eastern Conference Championship after sweeping the Hitmen in the second round.

For the second consecutive week and third time this season, Myskiw has been named the WHL Eli Wilson Goaltending Goaltender of the Week for his phenomenal performances.

Myskiw and the Oil Kings will be back in action for Games 1 and 2 of the WHL’s Eastern Conference Championship against the Raiders on Friday, April 19 (7:00 p.m. MT) and Saturday, April 20 (7:00 p.m. MT) at the Art Hauser Centre. 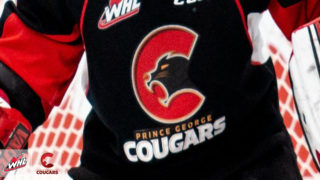 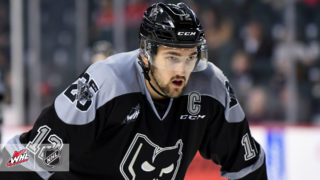 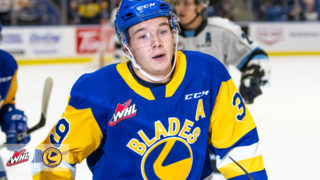 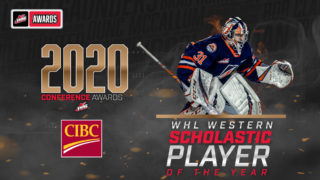 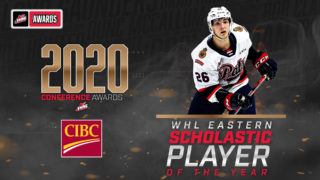