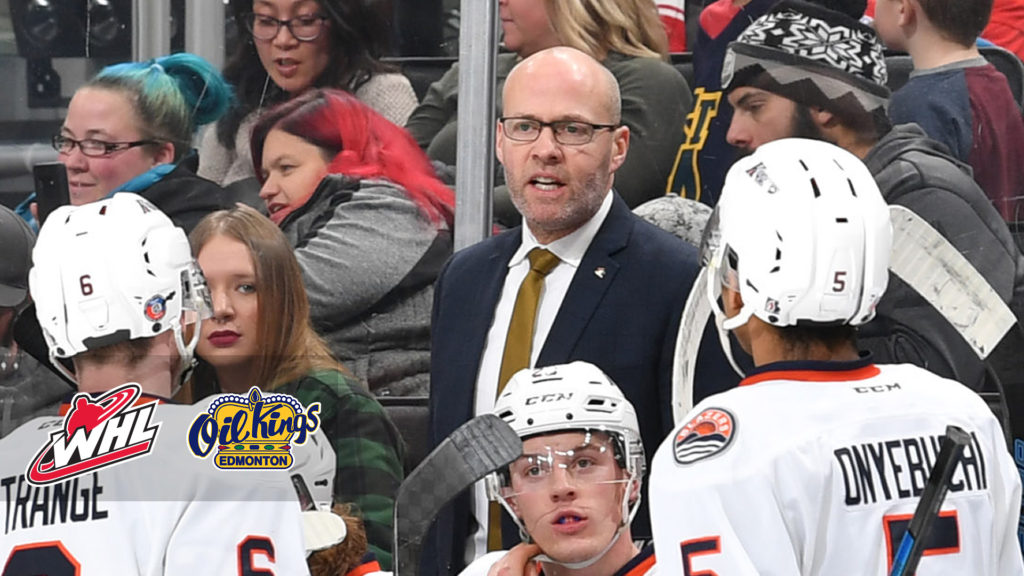 Lajoie, 53, joins the organization after spending the last three years as the head coach of OHA Edmonton’s U18 Prep club.

“The Oil Kings are excited to add Serge Lajoie to our staff,” said Oil Kings President of Hockey Operations and General Manager Kirt Hill.  “Serge has a long list of coaching experience at all different levels of the game which makes him a great fit for our group.

“His knowledge of the WHL will be an asset having coached in the league and having a son currently playing in it.  We feel Serge will mesh well with our players and be a key contributor to their development moving forward.”

Prior to joining OHA, the Bonnyville, Alta. product spent one season as the head coach of the Kamloops Blazers during the 2018-19 season.

Lajoie began his coaching career during the 2005-06 season as an assistant coach with the University of Alberta Golden Bears (U SPORTS) men’s hockey team.  In his five seasons in that role, he helped the Golden Bears capture a pair of National titles (2006, 2008).

Following his first stint with the Golden Bears, Lajoie was hired as the head coach of the NAIT Ooks (ACAC) men’s hockey team in 2011.  After five successful seasons behind the Ooks bench that saw him named the ACAC Coach of the Year in 2013, while also winning two ACAC Championships (2013, 2015), he was once again hired by the Golden Bears, this time as the program’s head coach.

Lajoie has also spent time coaching and mentoring with Hockey Alberta.  He won a bronze medal as an assistant coach with Team Alberta at the 2011 Canada Winter Games, worked as a consultant at the 2012 and 2013 Alberta Cup and won a gold medal as the head coach of Team Alberta at the Western Canada U16 Challenge Cup in 2013.  He also served as an assistant coach with Team Canada at the 2015 U17 World Hockey Challenge and the 2016 U18 World Championships.

As a player, Lajoie played three seasons of junior hockey, including a stint with the Kamloops Blazers, from 1985-88 before going on to play with the Golden Bears for five seasons from 1988-93.  Following his collegiate playing career, he spent four seasons playing professional hockey in Germany with EC Bad Nauheim (Germany2) from 1994-98.

The Oil Kings are excited to welcome Serge and the entire Lajoie family into the Oil Kings organization.