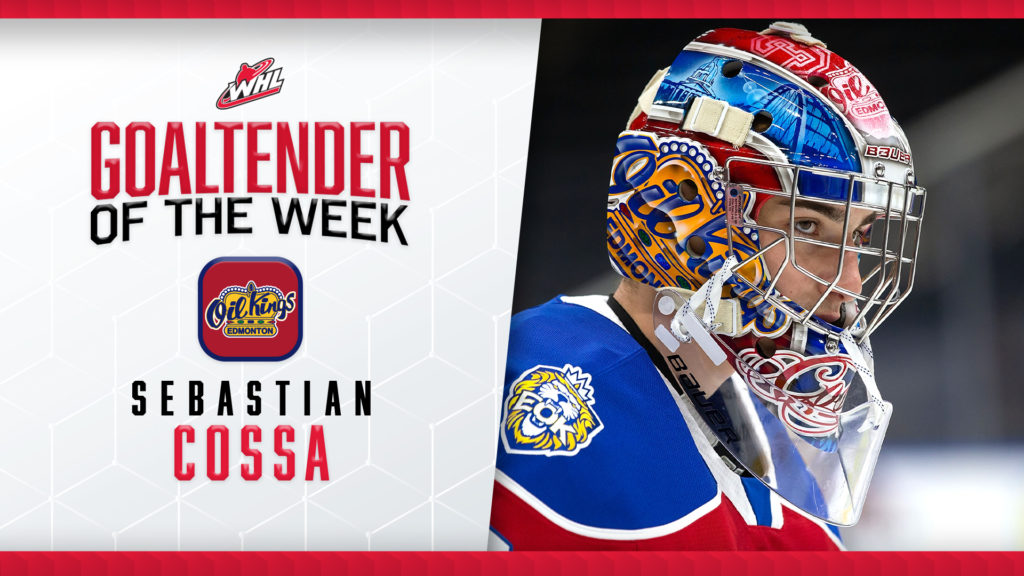 Cossa, 18, secured back-to-back victories over the Lethbridge Hurricanes to open the 2020-21 WHL Regular Season, turning aside a 43 of the 46 shots sent his way over the weekend, good enough for a WHL-leading 1.50 goals-against average and .935 save percentage.

On Friday night, Cossa stopped 26 shots, including 12 in the second period, as the Oil Kings knocked off the Hurricanes by a 7-1 margin in Edmonton. He followed up with a 17-save performance in a 7-2 win on Saturday night in Lethbridge.

A second-year goaltender, the product of Fort McMurray, Alta., is a highly-touted prospect for the 2021 NHL Draft, listed as an ‘A’ prospect on NHL Central Scouting’s Players to Watch List.

Next up, Cossa and the Oil Kings will welcome the Medicine Hat Tigers on Friday, March 5 at 7 p.m. MT.